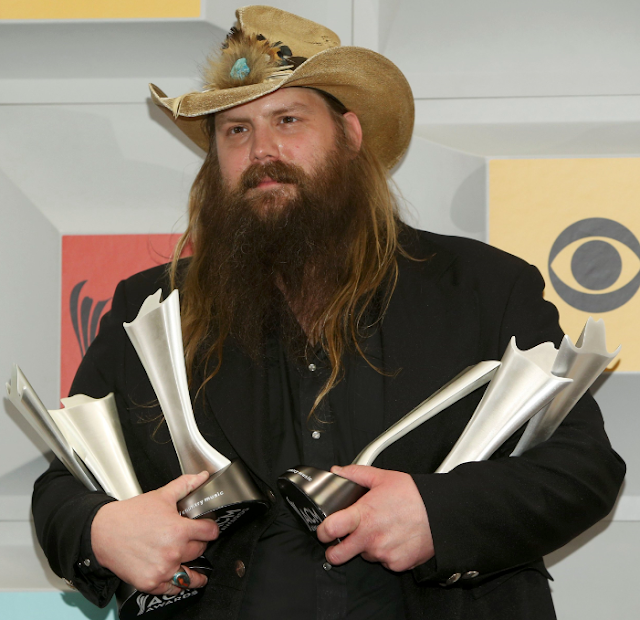 LAS VEGAS (Reuters) - Chris Stapleton, in his breakthrough year, took home more hardware at the Academy of Country Music Awards on Sunday, winning Male Vocalist of the Year, Album of the Year with "Traveller" and Song of the Year with "Nobody to Blame."

Before success on his own, the bearded, Kentucky-born singer wrote or co-wrote six number one hits for some of country's biggest stars. His 2015 debut studio album "Traveller" also won a Grammy Award earlier this year for Best Country Album. 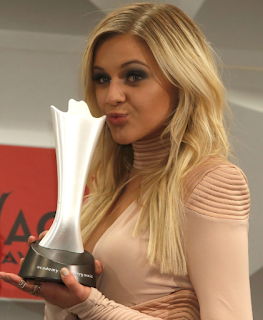 "Thank you everybody and thank you for being so kind to me," he said after winning best male vocalist.

In other major awards, Jason Aldean won Entertainer of the Year. Miranda Lambert won the Female Vocalist of the Year Award and took the stage to perform "Tush" with Keith Urban and ZZ Top's Billy Gibbons.

The Country Music awards show held in Las Vegas got off to a raucous start with co-host Luke Bryan performing "Huntin', Fishin' And Lovin' Every Day." He was later joined on stage by Blake Shelton, with whom he had co-hosted the awards since 2013.

This year, Shelton was replaced by Dierks Bentley. When Bentley came on stage with Bryan, Shelton joined in and said: "Good luck tonight boys."

He then turned to Bryan and said, "You're a dumbass."

Bentley and Bryan then joked about how everyone in Nashville wanted to take credit for Stapleton's success. 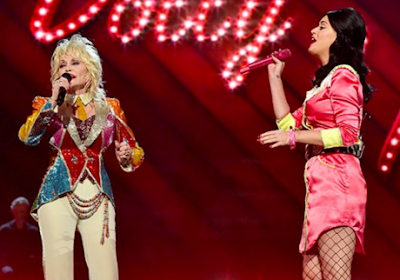 Country music legend Dolly Parton also took to the stage to perform a melody of "Coat of Many Colors," "Jolene" and "9 to 5" with pop music giant Katy Perry.

Eric Church, in a performance of his song "Record Year,"  paid tribute to musicians who died in the past year including David Bowie, Stone Temple Pilots vocalist Scott Weiland, Motorhead bass player Lemmy and Eagles guitarist and vocalist Glenn Frey.

Thomas Rhett won Single Record of the Year with the song "Die a Happy Man."

Florida Georgia Line won the Vocal Duo of the Year while Little Big Town won Vocal Group of the Year.