Radio Television Digital News Association (RTDNA) has released research that shows radio and television stations are expanding their online offerings, as they seek to attract larger audiences for web content and broadcast newscasts.

Bob Papper, Professor Emeritus - Hofstra University writes the latest RTDNA survey of newsrooms demonstrates a priority for more and better web content, with more than three-quarters of TV news directors and nearly half of radio news directors launching new online initiatives in the past year. 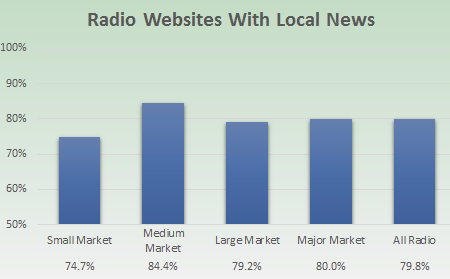 This year, more than a hundred radio news directors and general managers explained what they did. The challenge, of course, is to convert those answers into a cogent summary.
For the fifth year in a row, Papper didn't find a single TV station (that runs local news) that doesn't have a website.  Radio still hasn't hit 100%, although it continues to edge toward that.  All of the stations without web sites were commercial stations with a staff of one, and all but one were in the smallest markets (fewer than 50,000 people). 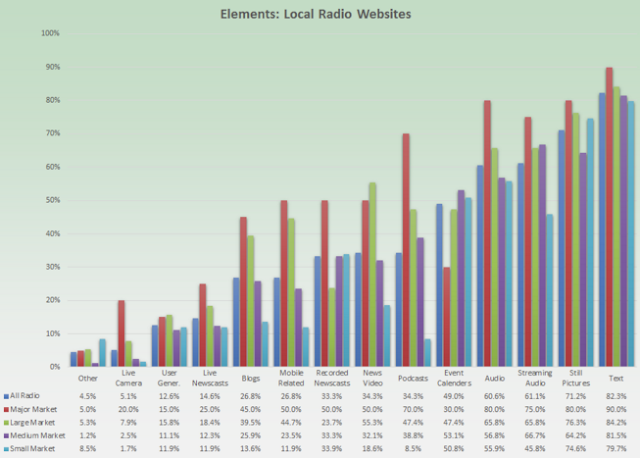 After a slight overall drop in the complexity of radio websites last year, radio was mostly unchanged this time around.  Only a couple things went down, but almost nothing fell by more than a point.  The biggest changes came in blogs (up 11.1) and user generated content (up 9.7).  Recorded newscasts, event calendar and streaming audio all rose by about seven and a half points.  Mobile-related went up by almost 7.
Posted 3:14:00 AM