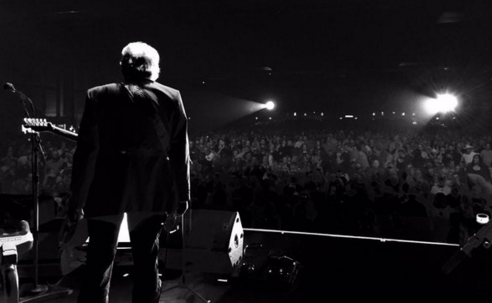 Merle Haggard released his first album in 1965. By the time of his death in 2016, he had released about 70 feature albums, according to the Country Music Hall of Fame, although that number is probably closer to 150 when compilations, collaborations and promotional releases are included.

Here are some of the highlights from his legendary life career.

1957: He is arrested for burglary and incarcerated.

1965: Haggard releases his debut album, and his breakout hit “(My Friends Are Gonna Be) Strangers” makes it into the top 10 of Billboard's country singles chart.

1970: The Country Music Association and the Academy of Country Music both recognize Haggard with their Entertainer of the Year awards. The same year, both organizations named “Okie From Muskogee” as the single of the year.

1973: Haggard and The Strangers play for President Richard Nixon at the White House.

1983: The CMA honors Haggard and Willie Nelson as the vocal duo of the year.

1994: Haggard is inducted into the Country Music Hall of Fame.

2007: Haggard is elected into the Nashville Songwriters’ Hall of Fame.