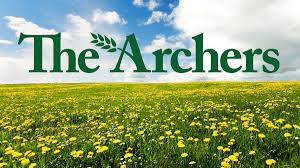 (Reuters) -- A downtrodden wife tries to leave her abusive husband but in the course of a confrontation ends up stabbing him in front of her young son. The case makes front-page news, stirs a moral debate and prompts a spike in donations to domestic abuse charities.

The thing is, the story is not for real.

Since the tale of Helen and Rob Titchener, characters in the BBC's radio soap opera "The Archers", reached its violent climax in Sunday evening's episode, a lively public response has shown the power of this peculiarly British cultural institution.

Set in fictional Ambridge, an archetypal English village with its pub and cricket team, the program began in 1951 as entertainment but also to inform farmers about modern methods that could help boost production in the austere post-war period.

In 1955, character Grace Archer died while trying to rescue horses from a fire in an episode broadcast on the same evening that Britain's first commercial television station was launched. Millions of listeners were distraught, and the BBC, Britain's public broadcaster, was accused of seeking to sabotage its new rival's launch.

With claims to be the world's longest-running soap opera, The Archers has some 5 million regular listeners and is so much part of the nation's cultural landscape that many Britons can hum its jaunty theme tune whether or not they follow the story.

After Sunday's episode, #TheArchers was trending on Twitter as tens of thousands of listeners vented their emotions.

"At last, Helen has cracked and turned on Rob in the Archers. Massive sympathy all round," tweeted Timothy Kirkhope, a Conservative member of the European Parliament.

The Helen Titchener (nee Archer) Rescue Fund, set up by an avid listener, swiftly hit its target of raising 100,000 pounds ($142,000) for the domestic abuse charity Refuge.

If you or someone you know is suffering domestic abuse or violence, help is here https://t.co/bnfvL6FbmE #thearchers pic.twitter.com/rK1pcViFtm
— The Archers (@BBCTheArchers) March 13, 2016

"The dramatic twist in Sunday evening's episode led to a huge spike in donations," wrote Sandra Horley, chief executive of Refuge, in a statement on the charity's website on Tuesday.

"Sunday's episode was a realistic portrayal of how a victim of prolonged abuse may one day respond when she is in great danger," she said.

But Erin Pizzey, who in 1971 started a safe house for women and children fleeing domestic abuse that later became Refuge, denounced the plot line as irresponsible and unlike real life.

"Imagine an impressionable listener who is being abused by her partner. She now might think it's OK to attack him with the breadknife," Pizzey wrote in Tuesday's Daily Mail newspaper.

With the British media full of the news from Ambridge, reporters sought reaction from Prime Minister David Cameron, whose spokesman said the government should be doing all it can to help support victims of domestic abuse.

"I know we are not allowed to tout, but I am more than prepared to represent Helen," he wrote, before giving an interview to a BBC radio news program to outline her possible defense strategies.

With the drama still making front-page headlines on Tuesday, Daily Telegraph cartoonist Matt jokingly linked the story to another prominent news topic, the debate about whether Britain should vote to leave the European Union in a June 23 referendum.

His Tuesday cartoon featured two men looking anxiously at the latest EU opinion poll, with one of them commenting: "I'm worried that leaving the EU would make the Archers more violent."
Posted 3:16:00 AM