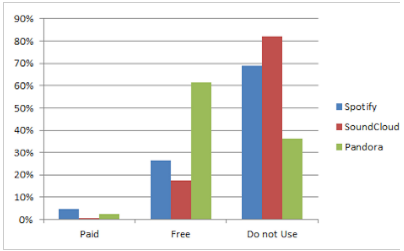 Streaming radio listeners have words of caution to music services, including Radio, that have designs on converting them from FREE to PAID SUBSCRIBER:  “Not so fast.”

Kelly Music Research has surveyed 500 people aged 17 to 59 years old in large, medium and small markets nationwide about their behavior and preference for streaming music services.  The participants were asked about some of the big streaming players who offer FREE and PAID services.
Kelly also included AM/FM radio in the array of topics.

Not only did most say “no thanks” to the idea of paying for their current free streams, verbatim comments show that many were infuriated by the hypothetical scenario suggesting that AM/FM Radio might one day ask for a subscription fee.

Fewer than 8% of our survey respondents reported using the PAID versions of Pandora, Spotify or SoundCloud.  Advertiser supported FREE is still preferred among those who have embraced streaming.  Pandora leads the pack among streamers with 64% saying they have used some form of the service.  The number jumps to 75% of the younger 17-34 demographic.  Spotify was the service more likely to earn paid users with 4.6%, followed by Pandora’s paid version with 2.4%. 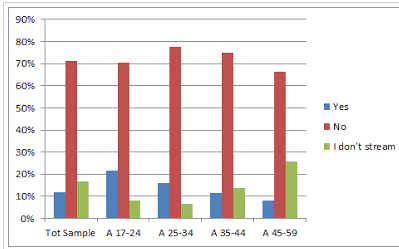 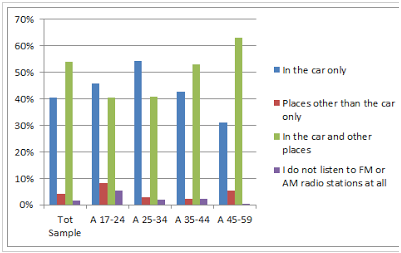