In a new lawsuit, Sony Music alleges it was defrauded of millions when the on-demand service Rdio came to agreement with Pandora and subsequently filed for Chapter 11 bankruptcy last November.

The first big bust in the era of streamed music, Rdio sold its key assets to Pandora for $75 million. At the time of the bankruptcy filing, Rdio had more than $190 million in secured debt and about $30 million of unsecured debt. The company was losing $2 million each month.

Licensing sound recordings was one of Rdio's biggest expenses. 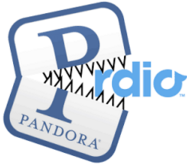 In 2010, Sony came to a content agreement that enabled Rdio to use music from such artists as Michael Jackson, Bob Dylan, Bruce Springsteen and Beyonce. By the end of 2014, according to the complaint, Rdio owed Sony $5.5 million as a minimum revenue guarantee. Sony says that Rdio's executives approached the label about renegotiating the content agreement and deferring the due date of the payment. Sony agreed to an interim extension.

The complaint states: "Unbeknownst to SME, however, at the same time that Rdio was negotiating the amendment to its Content Agreement with SME, it was simultaneously negotiating its deal with Pandora — under which Rdio would file for bankruptcy; Pandora would buy Rdio’s assets out of bankruptcy; defendant Bay (as part-owner, executive officer, and director of Rdio’s secured creditor) would expect to be first in line to receive proceeds of the Pandora deal; and SME (as an unsecured creditor) would receive pennies on the dollar for the amounts owed to it under the amended Content Agreement."

Sony says that Rdio purposely kept its Pandora negotiations and impending bankruptcy secret so as to hold back Sony from demanding immediate payment of the $5.5 million and "inducing" extensions and a restructuring of payment obligations. What's more, Sony alleges that one day prior to Rdio making its deal with Pandora, a renewal amendment was made that gave Rdio the right to sound recordings through March 31, 2017.
Posted 3:40:00 AM