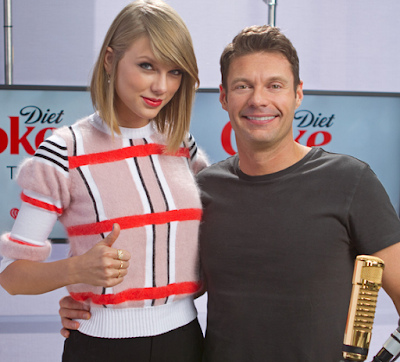 Ryan Seacrest is going to work on yet another project — this time, a scripted network comedy.

Seacrest will serve as an exec producer on “Squad Goals,” a timely, multi-camera, hybrid sitcom that is in development at CBS, Variety has learned exclusively.

The potential series is an ensemble comedy about a group of late 20-something friends who met in college and realize it’s time to finally grow up.

“Squad Goals” hails from 30-something scribes Lindsey Rosin and Aaron Karo, who penned the script. The duo has previously worked together, but the project marks their first major network sale together. Along with the “American Idol” multi-hyphenate, Nina Wass of Ryan Seacrest Productions will also exec produce, while Rosin and Karo will serve as co-exec producers and writers.

“Squad Goals” is an inspirational term made famous by Taylor Swift, defining the ultimate group of friends.

Seacrest being the busiest man in Hollywood. According to GQ, the question is, how does one man manage to host radio shows, interview stars on the red carpet every awards season, design a collection of suits and formalwear for men, and run the production company that was responsible for birthing the Kardashians, all the while avoiding any real life meltdowns?

Seacrest shared how he stays motivated to keep on top of all his projects, "I'm completely impatient. It's one of the reasons I manage to get stuff done all the time. I like things to get done quickly. Also, I haven't had a lunch meeting in 10 years. I never stop for lunch or waste time traveling to a lunch meeting."
Posted 3:04:00 AM