Cumulus Media announced it has signed a new multi-year agreement with IMG to continue as the exclusive flagship radio station for University of Tennessee athletics through Knoxville stations WIVK-FM 107.7 and Sports Radio WNML 99.1 FM & 990 AM.

The agreement extends for years to come WIVK/WNML’s highly successful 40-year relationship with the IMG Vol Network, one of the oldest and largest collegiate radio networks in the country. 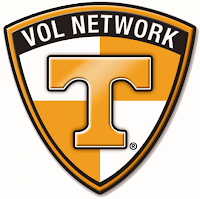 The IMG Vol Network is a 65-station network of stations that blankets the state of Tennessee with high-quality, comprehensive sports coverage. Programming includes University of Tennessee Football, Basketball, Lady Vols Basketball, Baseball, Softball and three weekly radio shows. In addition to broadcast radio, the IMG Vol Network can be heard on Sirius/XM, UTsports.com, the UT Game Day app and TuneIn.

WIVK/WNML is the exclusive station for the entire Knoxville metro area for University of Tennessee sports along with popular shows including “Vol Calls,” “Big Orange Hotline,” “Vol Network Notebook” and “The Nation” originating and being produced out of the Knoxville studios.

Ken Salyer, Vice President and Market Manager for Cumulus Knoxville, said: “This agreement allows our local broadcast team to continue an historic tradition between WIVK/WNML, our local community, and the Vol Network. Through the years, WIVK and WNML have provided the opportunity for staff members such as Bobby Denton, Mike Keith, John Wilkerson, Mickey Dearstone, Bob Kesling, and dozens more to become household names across the Vol Network. As an East Tennessee native who grew up listening to the legendary John Ward and Bill Anderson provide lasting memories to the Vol Nation, it is an honor and a privilege to secure the tradition of Tennessee sports on our stations for years to come.”
Posted 9:24:00 AM