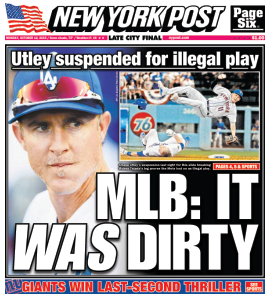 Los Angeles Dodgers second baseman Chase Utley has been suspended for Games 3 and 4 as a result of his slide into second base in the National League Division Series against the New York Mets.

Utley has appealed the suspension and, in a rare bit of expedience, his appeal will be heard Monday. 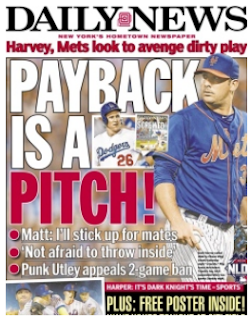 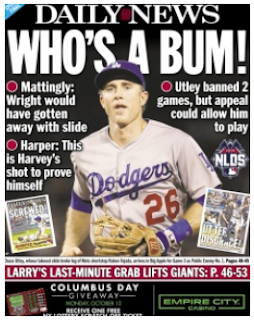