Salem Media Group and CNN announced today that SRN Talk Show Host Hugh Hewitt has been named as a panelist in the December 15th GOP debate at the Venetian Hotel in Las Vegas and also for the CNN GOP debate scheduled for March 10th in Florida.

Hewitt was also a panelist in the last CNN debate at the Reagan Library.  Both CNN and Salem will carry the debate live on the cable news network and on radio stations all over the country.

"I am excited by the opportunity to continue to help shape the conversation about which of the candidates ought to be the GOP nominee in 2016," said Hewitt.  "My focus remains on posing questions that elicit answers GOP primary voters will find helpful in casting their ballots."

The last debate on September 16th was seen by 23 million people, making it a record for CNN. 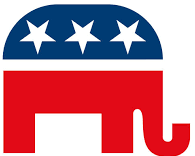 Salem Radio Network will present the audio of the debates to its 31 NewsTalk stations, and others around the country.  Hewitt continues to be the "go to" host for the Presidential candidates.  "I've done over 50 in-depth interviews with the candidates who remain in the field and will continue to invite them onto my radio show between now and March to pose tough, straightforward questions. There's no better way for me or for them to prepare," said Hewitt.

"Hugh demonstrated incredible poise as a panelist on the first debate," said Salem President of Broadcast Media Dave Santrella.  "I know CNN is as pleased as we are with Hugh's performance and look forward to him helping frame the next two landmark broadcasts."