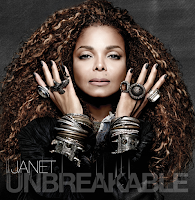 Reuters reports Jackson is only the third musician to achieve a chart-topping record in each of the past four decades, Billboard said.

"Unbreakable," Jackson's eleventh studio album and the first after the 2009 death of her pop star brother Michael Jackson, sold 109,000 albums, 44,000 songs and was streamed nearly 4 million times in the week ending Oct. 8, totaling 116,000 units according to figures from Nielsen SoundScan.

The only other artists to score a chart-topping record in each of the past four decades are Barbra Streisand and Bruce Springsteen.

Streisand and Madonna are the only other female artists to have more No. 1 albums than Jackson, the former with 10 under her belt and the latter with eight, Billboard said.