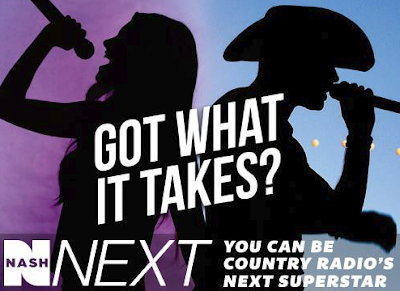 Cumulus has announced that fan engagement continues to grow for the social-media-drive NASH Next Challenge talent competition, which will idscover and release music from up-and-coming Country artists.

The first-of-its-kind compeutition, which kicked-off this past June, has seen groundbreaking fan engagement on social media, the NASH Next Website and the NAST Next app.

Key fan engagement statistics include:
The NASH Next nationwide talent search is promoted on more than 200 Country stations powered by the NASH Brand, making it the largest online talent search every undertaken and the only artist development competition to use social media activity to help select winners.
Posted 3:07:00 AM