The decision was prompted by what he described as a mix of health issues and dissatisfaction with his duties. He has no current plans to work elsewhere, he said.

“It should’ve been a dream job, but it felt more like I was drowning there,” Campbell said Friday, shortly after his departure was announced on the Current’s website.

Jim McGuinn, 89.3’s program director, said in the posting, “We are grateful for his many contributions to the Current and wish him well in his next chapter.” McGuinn's note goes on to mention that music director David Safar will fill in on the Sunday night “Local Show” for the next two weeks. A Current representative said separately that both the all-local program and “Radio Free Current” will live on without Campbell. 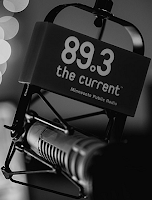 Campbell suffers from attention-deficit disorder and learning disabilities that are likely the result of several concussions he suffered as a kid while playing hockey and soccer.  Doctors have told him it appeared that the left frontal lobe of his brain, which controls organization and punctuality among other things, was not working properly. "It's all the stuff that helps you be a successful adult," he said.

A veteran on the 89.3 frequency since 2007, Campbell came to the station after a half-decade of hosting a midnight all-local program on classic-rock station KQRS 92.5 FM.

The Star-Tribune reports his departure caps off a tumultuous year of staffing issues among 89.3 the Current jockeys, which started with the January firing of mid-day host Barb Abney (now on air at Go 96.3 FM). In April, afternoon favorite Mary Lucia took leave from the station amid hellish personal upheaval caused by a stalker. Morning show co-host Steve Seel also took a leave of absence in June and returned as more of a pick-up player between the Current and other Minnesota Public Radio stations.
Posted 5:35:00 AM