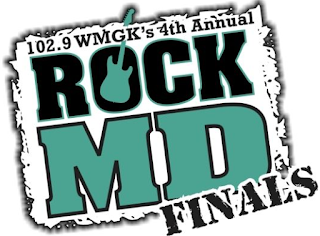 Five bands, each containing at least one local doctor, will rock the stage at the Keswick Theatre on Wednesday, October 14 at 7pm for the 4th Annual WMGK Rock MD Finals presented by Cancer Treatment Centers of America.

The five finalists will be competing to win a $2000 donation to their charity of choice, free recording time at Philly Sound Studios and the illustrious title of Rock MD Champions.  Tickets are $10 and can be purchased via keswicktheatre.com or at the Keswick box office the evening of the event.

Andre Garden or Classic Rock WMGK 102.9 FM will host the festivities and a panel of three celebrity judges will score each band on three different criteria.  The band with the highest score on the judges’ scorecards will be deemed Rock MD Champions and will win the prizes mentioned above.  This year’s celebrity judge panel includes:  Drummer David Uosikkinen of the bands The Hooters & In The Pocket, FOX 29 News reporter Dave Kinchen and entertainment lawyer, Sally Mattison.

The Rock MD Competition was created to unite like-minded physicians who share the belief that the power of music can uplift and inspire us, even in the most difficult circumstances.  WMGK and CTCA put the following call out to doctors in the tri-state area:”If you’re a doctor and play an instrument or are in a band, we want to hear your music and want you to enter the WMGK and Cancer Treatment Centers of America Rock MD competition.”  After receiving tons of online and mail-in entries, WMGK and CTCA staff members narrowed the submissions down to five finalists.

In addition to hearing the roar of the crowd on October 14, the bands can also hear their voices and music in commercials that are running on WMGK.  After being selected as a finalist, a doctor from each band was able to record a commercial that features their band’s music as well as information about the Rock MD Finals event at Keswick Theatre.

The bands competing are: