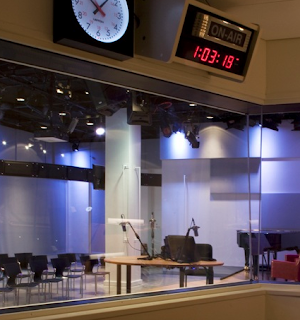 Non-Com WNYC 93.9 FM / 820 AM is about to grow even bigger through a new division that will develop programs for the expanding podcast market.

The division, WNYC Studios, is to open this week with a plan to raise $15 million for new programming. Among the shows being developed at the studio will be “The New Yorker Radio Hour,” a partnership with the magazine; a spinoff of WNYC’s popular “Radiolab” program coming next year that will focus on the Supreme Court; and “Only Human,” a health program.

The NY Times reports the division will allow WNYC to distribute its programs to other radio stations around the country, a move that could help WNYC make more money and raise its profile in markets outside New York.

“This is the way we will become a much, much bigger content company, period,” said Dean Cappello, WNYC’s executive vice president and chief content officer.

WNYC says that its podcasts, which include “Freakonomics Radio” and Alec Baldwin’s “Here’s the Thing,” are downloaded at least 20 million times each month.
Posted 3:13:00 AM