Lux Radio Theater, a long-run classic radio anthology series, was broadcast on the NBC Blue Network (1934-35); CBS Radio (1935-54), and NBC Radio (1954-55). Initially, the series adapted Broadway plays during its first two seasons before it began adapting films. These hour-long radio programs were performed live before studio audiences. The series became the most popular dramatic anthology series on radio, broadcast for more than 20 years and continued on television as the Lux Video Theatre through most of the 1950s. 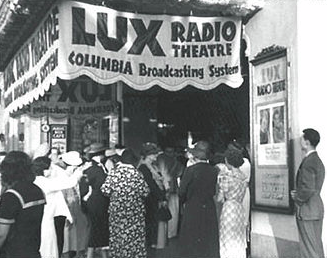 Broadcasting from New York, the series premiered at 2:30pm, October 14, 1934, on the NBC Blue Network with a production of Seventh Heaven starring Miriam Hopkins and John Boles in a full-hour adaptation of the 1922–24 Broadway production by Austin Strong. The host was the show's fictional producer, Douglass Garrick (portrayed by John Anthony). Doris Dagmar played another fictional character, Peggy Winthrop, who delivered the Lux commercials. Each show featured a scripted session with Garrick talking to the lead actors. Anthony appeared as Garrick from the premiere 1934 episode until June 30, 1935. Garrick was portrayed by Albert Hayes from July 29, 1935 to May 25, 1936, when the show moved to the West Coast.

Cecil B. DeMille took over as the host on June 1, 1936, continuing until January 22, 1945. On several occasions, usually when he was out of town, he was temporarily replaced by various celebrities, including Leslie Howard and Edward Arnold.

Lux Radio Theatre strove to feature as many of the original stars of the original stage and film productions as possible, usually paying them $5,000 an appearance. In 1936, when sponsor Lever Brothers (who made Lux soap and detergent) moved the show from New York City to Hollywood, the program began to emphasize adaptations of films rather than plays. The first Lux film adaptation was The Legionnaire and the Lady, with Marlene Dietrich and Clark Gable, based on the film Morocco. That was followed by a Lux adaptation of The Thin Man, featuring the movie's stars, Myrna Loy and William Powell.


In 1943...RCA (Radio Corporation of America) sold the NBC Blue Radio Network to Edward Noble for $8 million dollars. It was renamed ABC, the American Broadcasting Company.

Although RCA was identified as the creator of the network, NBC was actually owned 50% by RCA, 30% by General Electric, and 20% by Westinghouse. The network officially was launched at 8:00 Eastern time on the evening of Monday, November 15, 1926. "The most pretentious broadcasting program ever presented, featuring among others, world famed stars never before heard on the air, will mark the Introduction of the National Broadcasting Company to the public Monday night," the press noted, with "a four hour radio performance by noted stars of opera, stage and concert hall". Carl Schlagel of the Metropolitan Opera opened the inaugural broadcast, which also featured Will Rogers and Mary Garden.  The broadcast was made simultaneously on WEAF and WJZ. Some of NBC's programming was broadcast that evening on WEEI (Boston) WLIT (Philadelphia), WRC (Washington), WDAF (Kansas City), and WWJ (Detroit)., noted by the different background color. NBC Blue would utilize this logo until their 1943 sale.

On January 1, 1927, NBC formally divided the its programming along two networks. The two NBC networks did not have distinct identities or "formats." The NBC Red Network, with WEAF as its flagship station and a stronger line-up of affiliated stations, often carried the more popular, "big budget" sponsored programs. The Blue Network and WJZ carried with a somewhat smaller line-up of often lower powered stations sold program time to advertisers at a lower cost. It often carried newer, untried programs (which, if successful, often moved "up" to the Red Network), lower cost programs and un-sponsored or "sustaining" programs (which were often news, cultural and educational programs). In many cities in addition to New York, the two NBC affiliated stations (Red and Blue) were operated as duopolies, having the same owners and sharing the same staff and facilities.

Legend has it that the color designations originated from the color of the push-pins early engineers used to designate affiliates of WEAF (red pins) and WJZ (blue pins), or from the use of double-ended red and blue colored pencils. A similar two-part/two-color strategy appeared in the recording industry, dividing the market between classical and popular offerings.

On April 5, 1927 NBC reached the West Coast with the launching of the NBC Orange Network, which rebroadcast Red Network programming to the Pacific states and had as its flagship station KGO in San Francisco. NBC Red then extended its reach into the midwest by acquiring two 50,000 watt clear-channel signals, Cleveland station WTAM on October 16, 1930 and Chicago station WMAQ (coincidenally, a CBS Radio Network charter affiliate) by 1931. On October 18, 1931, Blue Network programming was introduced along the NBC Gold Network, which broadcast from San Francisco's KPO. In 1936 the Orange Network name was dropped and affiliate stations became part of the Red Network. The Gold Network adopted the Blue Network name. 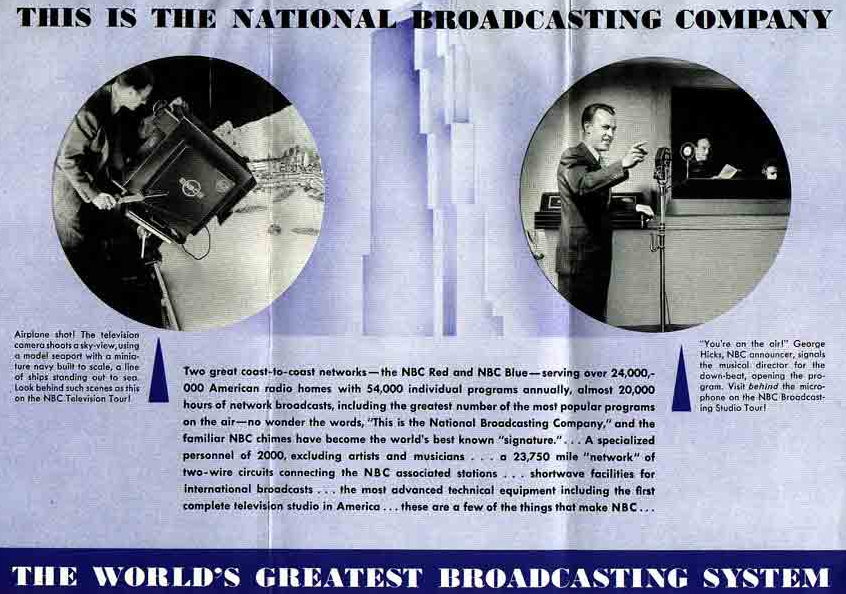 In 1939 the FCC ordered RCA to divest itself of one of the two networks. RCA fought the divestiture order, but divided NBC into two companies in 1940 in case an appeal was lost.


In 1977... Bing Crosby suffered a fatal heart attack while playing golf at a course near Madrid, Spain. The 73-year-old Crosby  (with some 36 #1 records) had just completed a tour of England that included a sold-out engagement at the London Palladium. 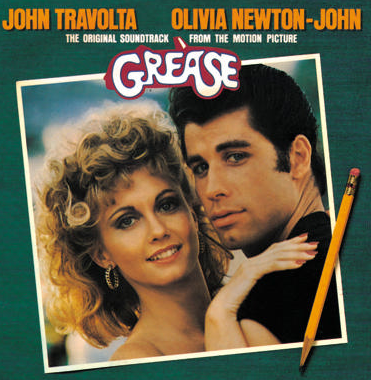 In 1978...The Album Chart..The "Grease" Soundtrack returned to #1 on the album chart for the third time and 10th week total.  Boston's Don't Look Back was #2 with Foreigner's Double Vision and Who Are You by the Who trailing.

The rest of the Top 10:  Some Girls from the Rolling Stones, A Taste of Honey with their self-titled release, Nightwatch by Kenny Loggins, Dan Fogelberg & Tim Weisberg moved from 10-8 with Twin Sons of Different Mothers, Donna Summer's Live and More entered the Top 10 and Linda Ronstadt moved from 30 to 10 in her second week with Living in the U.S.A. 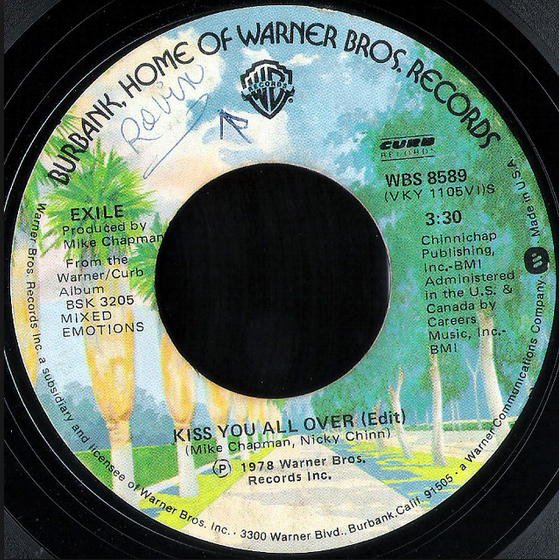 In 1978...The Hot 100..Exile remained locked into the #1 position with their great song "Kiss You All Over".  Nick Gilder remained second with "Hot Child in the City" and A Taste of Honey's former #1 "Boogie Oogie Oogie" was still hanging around.  Little River Band was up with "Reminiscing" and Anne Murray edged up with "You Needed Me".

The rest an excellent Top 10:  "Whenever I Call You Friend" by Kenny Loggins, John Paul Young's "Love Is in the Air", Donna Summer had her 10th hit and fourth Top 10 with "MacArthur Park", Boston was on the way down with "Don't Look Back" and Olivia Newton-John & John Travolta had song #10--"Summer Nights".


In 2000..composer/broadcaster Zeke Manners passed away at the age of 89.

He composed “The Pennsylvania Polka” for the Andrews Sisters, and led the popular band “The Beverly Hillbillies.” which inspired the TV show of the same name.  Zeke had his own radio shows in the 1940′s & 50′s in Los Angeles & New York, and a 15 -minute network show in which his live keyboard playing blended seamlessly with recordings.
Posted 2:59:00 AM