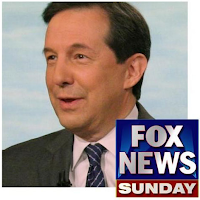 “Fox News Sunday” will this weekend present a sit-down interview with Donald Trump, the first time the Republican Presidential candidate has appeared on the public-affairs program since announcing his candidacy this past June.

Variety reports the interview will air on October 18. The program runs on various TV stations, and air times tend to vary. A repeat of the broadcast typically airs later Sunday on Fox News Channel.

The interview is also the first Trump has had with the show’s host, Chris Wallace, since Fox News Channel televised the Republican Presidential debate in August.

To date, Trump had not appeared on Wallace’s show–aside from Trump’s on-again-off-again boycott of the network–Wallace has refused to allow Trump to appear by phone.
Posted 3:22:00 AM