In 1935...Bruce Morrow (born Bruce Meyerowitz) known to many listeners as Cousin Brucie was born.

Morrow's first stint in radio was in Bermuda at ZBM-AM, where he was known as "The Hammer."

Morrow began his stateside career at New York Top 40 station WINS in 1959. In 1960, he moved to Miami for a brief stint before returning to the New York airwaves the following year on powerhouse 77WABC. Morrow's returned to New York City came at the precise moment that rock and roll music was exploding across the Baby Boom demographic and Morrow found himself on the most powerful radio station on the East Coast at the onset of the British Invasion.

"Cousin Brucie" quickly became a success on WABC's teen-oriented evening shift in the 6:15 p.m. to 10:30 p.m. slot. Morrow became a commercial radio powerhouse and household name through his ability to maintain a rapport with his listeners while smoothly mixing the diverse musical genres of the time (Motown soul, pop, hard rock, surf music, novelty records), and then seamlessly segueing into commercials for youth-oriented sponsors like Thom McAn shoes, local clothing outlets in the New York and New Jersey areas, and events such as concerts and drag-strip races.

He served at WABC for 13 years and 4,014 broadcasts until August 1974, when he jumped to rival station WNBC 660 AM; after three years there, he left the airwaves to team with entrepreneur Robert F.X. Sillerman to become the owner of the Sillerman Morrow group of stations, which included WALL; WKGL, now WRRV, in Middletown, New York; WJJB, later WCZX, in Poughkeepsie, New York; WHMP in Northampton, Massachusetts; WOCB in West Yarmouth, Massachusetts; WRAN (now dark) New Jersey 1510 in Randolph, New Jersey; and television station WATL Atlanta. The group later purchased WPLR in New Haven, Connecticut.

In 1982, Morrow returned to the DJ role with New York's WCBS 101.1 FM. Initially, he filled in for Jack Spector every third Saturday evening for the Saturday Night Sock Hop program. Following Spector's resignation in 1985, Morrow took over the show and renamed it the Saturday Night Dance Party. The station also added his nationally syndicated show Cruisin' America. In 1986, he took on the Wednesday evening slot, where he hosted The Top 15 Yesterday and Today Countdown. In 1991, the Wednesday show became The Yearbook, focusing on music from a year between 1955 and 1979. Cousin Brucie was also the "breakfast presenter" on Atlantic 252 from 1992 to 1996.

When Cruisin' America ended its run in December 1992, Morrow continued hosting a WCBS show called Cruising with the Cuz Monday evenings until the end of 1993. After that show ended, he hosted the Saturday night and Wednesday night shows there until the station's change to the adult hits format called Jack FM on June 3, 2005. Shortly thereafter, he signed a multi-year deal to host oldies programming and a weekly talk show on Sirius Satellite Radio.


In 1963...the term Beatlemania was coined, as The Beatles made their first major TV appearance from the London Palladium. The BBC had an audience of 15 million tuned in. Thousands of delirious fans jammed the streets outside the theatre to voice their support of the Fab Four. A few months later, Beatlemania would sweep the U.S. as well.


In 1965…The Who recorded "My Generation." In a later interview, Roger Daltrey said he stuttered the lyrics in an effort to fit them to the music. The BBC initially refused to allow radio airplay of the song because it did not want to offend people who stutter, but eventually reversed the decision. "My Generation" was named the 11th greatest song by Rolling Stone magazine on their list of the 500 Greatest Songs of All Time.

The show returned to CBS Radio only days later, making its longest continued run from January 2, 1950 to October 13, 1967 as a 30-minute show running weekdays at various times. Sponsors included Pillsbury from 1950 to 1952, and Lever Brothers from 1952 to 1956. During its first season, the soundtrack from the TV show was run immediately on radio following the telecast.

He introduced numerous acts to audiences and the show featuring the Beatles on February 9, 1964 is one of the milestones in popular culture, viewed by 73 million people. 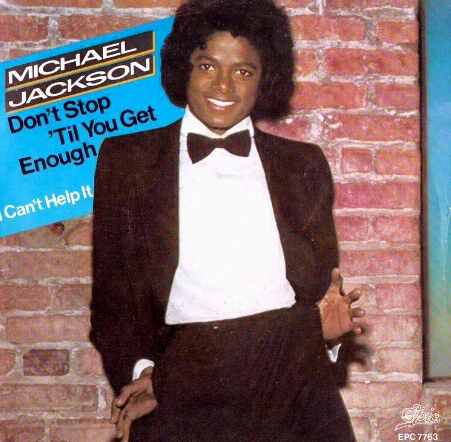 In 1979...The Hot 100..Michael Jackson had his first #1 in seven years and the second of his career with "Don't Stop 'Til You Get Enough".  Herb Alpert was a solid #2 with "Rise" while Robert John fell with "Sad Eyes" after just one week at the top.  The Commodores had a winner with "Sail On" and the former #1 smash "My Sharona" from the Knack was at #5.

The Rest of the Top 10:  Dionne Warwick's 42nd career hit was her first Top 10 in five years--"I'll Never Love This Way Again", M and "Pop Muzik" was #7, Donna Summer was up with "Dim All the Lights", Little River Band had song #9--"Lonesome Loser" and Earth, Wind & Fire closed out the list with "After the Love Has Gone".


In 1990...Because of the popularity of the movie Ghost which features the song, the Righteous Brothers went all the way to #1 on the Adult Contemporary chart with "Unchained Melody", 25 years after it first was a hit.


In 2013…Veteran radio host (WBBM and WCFL in Chicago, WMCA-New York, WISN-Milwaukee) Bob Sanders, half of the husband-and-wife broadcast duo Bob & Betty Sanders, died at the age of 89.
Posted 2:59:00 AM