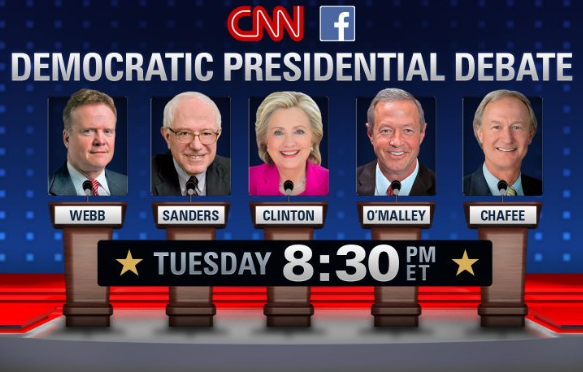 Westwood One News has announced that is has nearly 150  stations lined up to broadcast its exclusive Democratic Presidential Primary Debate coverage, simulcast with CNN, airing tonight at 8:30 pm ET.

TRNS reports The mood will be set a little slower. CNN is giving the Democrats two full minutes at the beginning of the broadcast (8:30-11 pm ET) to introduce themselves, in their own uninterrupted words.

Debate moderator Anderson Cooper said, "I believe if somebody says something that is factually incorrect, it's a good thing to point out what the record shows." Juan Carlos Lopez, anchor at CNN en Espanol, and Dana Bash, CNN's chief political correspondent will be on stage. Don Lemon will ask questions submitted through Facebook.

CNN said it planned to highlight issues of interest to Democratic primary voters; areas in which the candidates have clear policy differences; and concerns of Latino voters, as the debate is taking place in Nevada, with a high share of Hispanics. It's thought the vast majority of Republican debate viewers weren't primary voters - curiosity seekers.