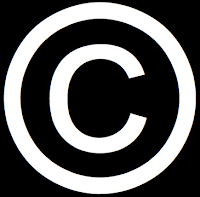 The filings came in one of several proposed class actions being fought in courts around the country over the old sound recordings. The songs are protected by a murky patchwork of state-level laws rather than by federal copyright law, and it remains unresolved whether companies like Sirius need to pay royalties.

In its filing, CBS Radio denied all the allegations in a pre-1972 music copyright suit brought against it by ABS Entertainment. InsideRadio reports about the only things CBS attorneys admit in their response is that the company owns radio stations, streams on the Internet and is based in New York.

ABS filed similar suits against the three broadcasters in New York. Recordings made before 1972 are not protected by federal copyright law.

Filed Tuesday, the CBS response shoots holes in ABS’ claims, based on a variety of legal doctrines, that bar a claim based on the plaintiff’s previous conduct or for having voluntarily given up a right. CBS says each of the ABS claims should be barred because ABS “otherwise licensed, authorized or consented to CBS’ alleged conduct.” It further argues that ABS has “suffered no provable injury” and that ABS “failed to mitigate any damages” it supposedly suffered.
Posted 3:39:00 AM