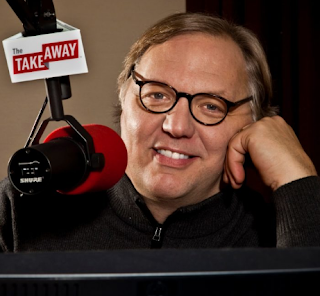 WNYC has announced that host John Hockenberry is leaving The Takeaway.

“Ultimately, in every challenging career, there comes a time when it is important to know when to move on,” Hockenberry told client stations in the announcement.

The news show, a co-production of the New York station and Public Radio International, premiered in 2008 as a conversational and interactive alternative to NPR’s Morning Edition. Initially helmed by Hockenberry and co-hosts, including Celeste Headlee, the program was pared back and revamped into a midday show.

“I have put more of myself and more than 30 years of accumulated wisdom about broadcast radio storytelling into The Takeaway,” Hockenberry said. “It is a more personal statement about what I believe radio, and particularly public radio, should be than anything I have ever done.”

The Takeaway’s Washington correspondent Todd Zwillich will host as WNYC searches for Hockenberry’s replacement. Hockenberry’s final broadcasts will air the week of Aug. 7.

Hockenberry spent 12 years as an NPR correspondent starting in 1980. He also reported for NBC News and ABC News before joining WNYC in 2007.

WNYC said The Takeaway “is at a high point in its evolution,” with 2.7 million weekly listeners and carriage on more than 270 stations.
Posted 3:12:00 AM