The suit claims that LRN has targeted former Westwood One employees for hiring, who "have knowledge of the workings of Westwood's patented program" and alleges that they "are presently attempting to use this knowledge to lure customers away from Westwood by informing customers in the market that the LRN program is comparable." 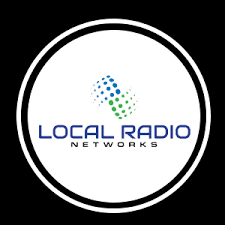 In its suit, WWO says it sent cease and desist letter to LRN in May 2020. And that LRN knew about the patents in the suit before then, since LRN hired several former Westwood executives who knew about the patents. “Defendant’s infringement is of particular concern given LRN’s targeted employment of former Westwood employees,” the suit says.
“LRN’s employees Chris Reeves, Jonathon Steele, Chris Hatton, Matt Caldaronello and Patrick Crocker, are all former Westwood employees,” the suit says. “These employees have knowledge of the workings of Westwood’s patented program. Furthermore, these employees are presently attempting to use this knowledge to lure customers away from Westwood by informing customers in the market that the LRN Program is comparable. Such acts constitute willful and deliberate infringement, entitling Westwood to enhanced damages and attorney’s fees.”
WWO argues that “continuing to make, use, sell, offer for sale, or import the LRN Program” after being served with the suit “constitutes willful infringement.” It also accuses LRN of intending its broadcast affiliates to infringe upon the patent by using the LRN Program.
LRN has not yet filed a response to the complaint with the court. However the company issued a statement Wednesday afternoon calling the suit “legally and factually baseless,” adding that it developed and uses its own technology and intends to vigorously defend itself against the claims.
Posted 2:56:00 AM