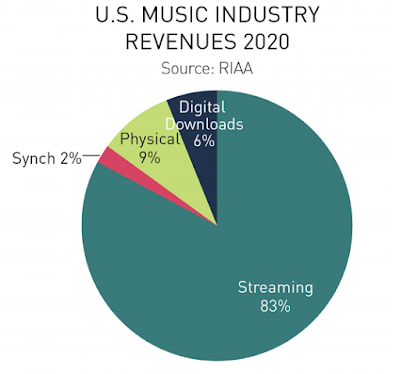 The Recording Industry Association of America (RIAA) has released its year-end revenue report for 2020. And despite a year of enormous hardships, there’s some positive news to share, Variety reports.

In the U.S., recorded music revenues grew 9.2% in 2020 to $12.2 billion at estimated retail value, according to the RIAA report. It marks the fifth consecutive year of growth for the industry, as paid subscription services continue to expand their reach among the music-listening public.

No surprise here, but streaming music revenues continued an upward climb last year, with paid subscription services, ad-supported on-demand platforms and digital radio providers contributing to $10.1 billion in overall revenue generated, a growth of 13.4%. Also contributing to the surge are additional monies coming from first-time licensees (like Facebook and Peloton). 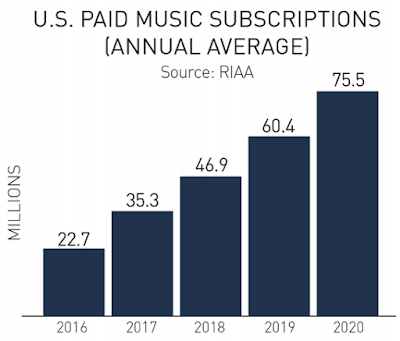 Of the on-demand services, like Spotify and Apple Music, paid subscriptions continued to contribute the majority of recorded music revenues (each year since 2018), but in 2020, grew 14.6%, to $7 billion. The sector also saw the average number of subscriptions grow — from 60.4 million in 2019 to 75.5 million in 2020 — marking its biggest-ever increase in a single year.

Overall, streaming accounts for 83% of total revenues, according to the trade organization which represents record companies. 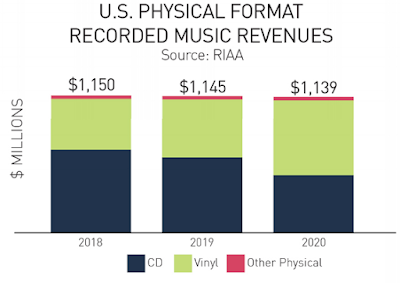 Over on the physical side, a much-touted phenomenon — that for the first time since 1986, vinyl sales outpaced other physical formats — equalled $626 million, a growth of nearly 29% for vinyl  products, despite the challenging retail environment due to the COVID-19 pandemic. Wax discs only account for 5.2% of total revenue, but CDs dropped 23% to $483 million, continuing the format’s decline.