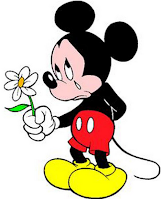 Walt Disney Co. announced Wednesday it will close at least 60 Disney Stores throughout North America this year. The company said it would focus more on e-commerce while reducing the number of bricks-and-mortar locations it operates, reports The Wall Street Journal.

During the pandemic, consumers have increasingly shifted to purchasing more goods and services online as governments both in the U.S. and abroad implemented lockdowns in an attempt to curb the spread of Covid-19. Some major retailers, especially those located in shopping malls, have suffered losses. Meanwhile online retailers, such as Amazon.com Inc. or Target Corp , which has scaled up its e-commerce business, have seen their fortunes soar as consumers became more dependent on online shopping.

“While consumer behavior has shifted toward online shopping, the global pandemic has changed what consumers expect from a retailer,” said Stephanie Young, president of Disney’s consumer products games and publishing.