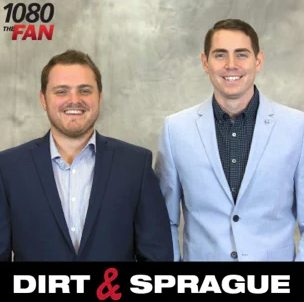 Entercom announced a new weekday programming lineup for KFXX 1080 The FAN, Portland’s original all-sports radio station and the home of the Oregon Ducks.

As part of the new lineup, “Dirt and Sprague” with co-hosts Andy ‘Dirt’ Johnson and Brandon Sprague will transition to morning drive from 6:00 a.m. to 9:00 a.m. PT. They were previously heard in afternoon drive since 2015. Following “Dirt and Sprague,” “The Herd with Colin Cowherd” will continue in the 9:00 a.m. to – 12:00 p.m. PT slot. The Fan is the original home of The Herd, debuting the show in 1997 before the show moved to a nationwide platform with ESPN Radio and, since 2015, Fox Sports Radio.

“I’m so excited about this enhanced lineup,” said Kim Martinez Senior Vice President and Market Manager, Entercom Portland. “With Dirt and Sprague making the well-deserved move to mornings and the addition of AJ McCord in middays, 1080 The Fan will continue to provide the best content and entertainment for our listeners, and results for our advertisers.”

“I could not be more excited with this opportunity to join 1080 The FAN and extend my coverage of Portland sports,” said McCord. “I’m blessed to have a co-host in Dusty Harrah who is equally as eager to bring the best sports talk to our listeners. Combining the forces of KOIN6 and The Fan to provide more extensive coverage of our favorite teams is a dream come true.”

1080 The Fan’s weekday lineup concludes with “Primetime with Isaac and Suke” featuring Isaac Ropp and Jason Scukanec from 3:00 p.m. to 7:00 p.m. PT for the 16th consecutive year.

Listeners can listen to 1080 The FAN (KFXX-AM) in Portland on air, as well as nationwide on the RADIO.COM app and website. Fans may also connect with the station on social media via Twitter, Facebook and Instagram.
Posted 11:38:00 AM