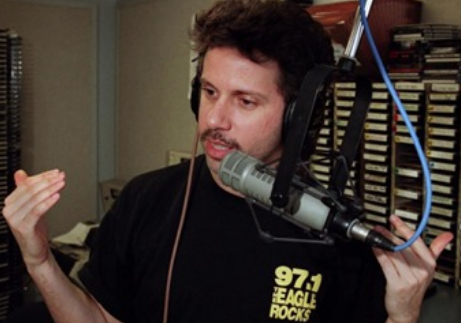 Authorities continue to investigate the death of KEGL 97.1 the Eagle personality Russ Martin.

The body of the 60-year-old Martin was found early Saturday night inside his suburban home.  The cause of his death has not be released, but Frisco police said no foul play is suspected at this point in the investigation.

A friend of Martin’s had come to check on him and found him unresponsive, the police department said in a news release. Officers responded to the home around 12:30 a.m. They pronounced him dead. Frisco police and the Collin County Medical Examiner’s Office are investigating Martin’s death.

Martin was the host of The Russ Martin Show on iHeartMedia's 97.1 The Eagle. The station shared the news of his death in a statement on Saturday, saying, “It’s with heavy hearts that we announce the passing of 97.1 The Eagle’s Russ Martin.”

Radio hosts on 97.1 paid tribute to Martin during the day, and discussed how they were processing the news. Martin, whose long-running show has been a staple in the lives of many North Texans, was known for being open and honest about his opinions, occasionally going into rants on topics he was passionate about. He spoke about supporting police, firefighters and first responders, as well as protecting animals.

Jasmine Sadry, a radio host for Cumulus Media, worked alongside Martin more than a decade ago when she was a part of the Jagger Show, which operated out of the same building. She remembers him embracing her and the rest of the staff like a part of their “radio family,” and showing it by pulling pranks like a brother would.

Sadry continued to be an avid listener of his program after they stopped working together, and found his radio personality was close to his real-life personality.

“He always left you wondering what was gonna happen, and kind of kept you on your toes,” she said. “Russ has a way of doing that, I think even with his listeners. I think that’s why there’s such a love for him.”

She added that, “As far as radio goes, it’s a tremendous loss. He’s one of the greats.”

The Fort Worth Star-Telegram reports Martin advocated for the artists he liked. Brent Smith, the lead singer of the rock band Shinedown, said on the airwaves of 97.1 on Saturday, “We are known in the great state of Texas because of Russ Martin.”

The host also called on his listeners to raise money for causes important to him. After Grand Prairie Officer A.J. Castaneda was struck by a car and killed in June 2019, his show wrote a check for $40,000 for the family of the fallen officer. He also raised $40,000 for the widow of Mitchell Penton, a Dallas officer who was killed by a suspected drunk driver earlier in February, according to media reports. 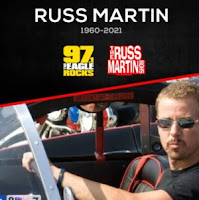 The Dallas Morning News reports Martin’s co-hosts said that although he had faced some personal struggles, he had worked hard to help the community through his Russ Martin Show Listeners Foundation, which supports the families of Dallas-Fort Worth police and firefighters killed in the line of duty.

After the 2016 downtown Dallas ambush that left five police officers dead, the foundation raised up to $40,000 for the victims’ families. And O’Malley said Martin had recently donated $40,000 to the widow of Mitchell Penton, a Dallas police officer who was killed in the line of duty earlier this month.

In a tweet, the Fort Worth Police Officers’ Association offered prayers to Martin’s family and colleagues.   “We will always remember his generosity and support of fallen police officers and their families,” the association said.

Martin joined KRLD 105.3 FM in 2000. The station took him off the air in 2008 after his fiancée accused him of striking her and brandishing a gun. A Tarrant County grand jury issued misdemeanor assault charges against Martin but declined to indict him on more serious counts. He later pleaded no contest as part of a deal that required him to serve probation, undergo battery counseling and pay a fine.

Martin returned to radio on The Eagle in 2010.

In 2015, Martin was robbed at gunpoint by three armed men who confronted him in masks as he arrived at his Frisco home. The men duct-taped Martin to a chair and held him at gunpoint while they confiscated valuables, including several firearms. They fled in his 2010 Dodge Challenger, police said.

Those involved in the heist were handed sentences ranging from just under 12 years to 62 years in prison.