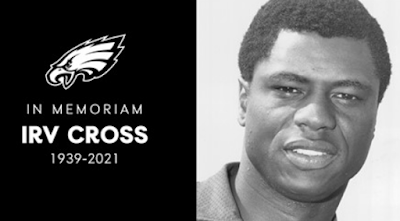 Irv Cross, a former NFL defensive back who became one of the cornerstones of The NFL Today in the 1970s, has died.

He was 81, according to NBC Sports. 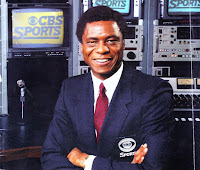 The Eagles announced his passing on Sunday night.

After his playing career ended, Cross became a broadcaster with CBS in 1971. Cross formed part of the legendary team that launched The NFL Today in 1975. The show became appointment viewing, with Cross joined by Brent Musburger and, eventually, Phyllis George and Jimmy “The Greek” Snyder.

Cross told The Philadelphia Inquirer in a 2018 interview that he had been diagnosed with mild cognitive dementia, and had stopped driving, for fear that he would go somewhere and not remember the way home.

CBS Sports released a statement from chairman Sean McManus, who called Mr. Cross “a pioneer who made significant contributions to the storied history and tradition of CBS Sports and, along with Phyllis George and Brent Musburger, set the standard for NFL pregame shows with THE NFL TODAY.”

“He was a true gentleman and a trailblazer in the sports television industry and will be remembered for his accomplishments and the paths he paved for those who followed.”