TV Ratings: No One Noticed Relaunch Of NewsNation 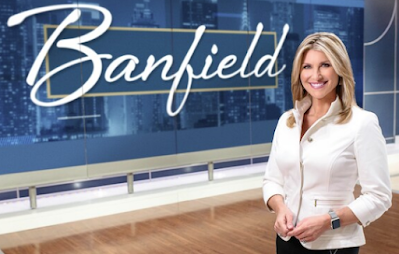 According to Nielsen, NewsNation’s first primetime back on the cable airwaves drew just 37,000 total viewers, on average, from 8 p.m. to 11 p.m. In the key news demo, adults 25-54, the average across those three hours was only 8,000.

It gets worse: Ashleigh Banfield’s new program settled for a mere 17,000 total viewers at 10 p.m., according to The Wrap citing Nielsen data. Just 5,000 viewers aged 25-54 tuned in to that hour.

The NewsNation channel was previously known as WGN America, prior to the rebranding announced in January. WGNA was not always wall-to-wall news, airing just a two-hour primetime newscast under the “NewsNation” banner. The primetime segment has since been renamed “NewsNation Prime.”

Upon its relaunch and the addition of Banfield’s show, the channel also added “NewsNation Early Edition,” hosted by Nichole Berlie at 6 p.m. ET, and “The Donlon Report,” hosted by Joe Donlon at 7 p.m. ET.

In primetime, Monday’s NewsNation effort was down 18% in viewers versus the same day last week, and down 27% in the key demo. Banfield’s program dropped 38% overall and halved the 10 o’clock hour’s demo audience from the previous Monday.

Billed as a competitor to cable news leaders CNN and Fox News, NewsNation has distinguished itself as having only live national newscast in primetime, with the network pointing to other cable networks’ decision to air opinion shows in the evening.