A new Pew Research Center report looks back across more than 50 analyses and more than 580 survey questions from the Center’s yearlong American News Pathways project and finds that, throughout a tumultuous year, Americans were consistently and dramatically divided around the election and COVID-19 pandemic based on their sources of news and information.

From November 2019 through November 2020, the Pathways project explored how Americans’ news habits and attitudes related to what they heard, perceived and knew about the 2020 presidential election and COVID-19. The project was based on 10 surveys of about 9,000 or more U.S. adults each, conducted using the Center’s American Trends Panel, an online, nationally representative panel of U.S. adults, with questions and responses made available to the public in an interactive data tool. 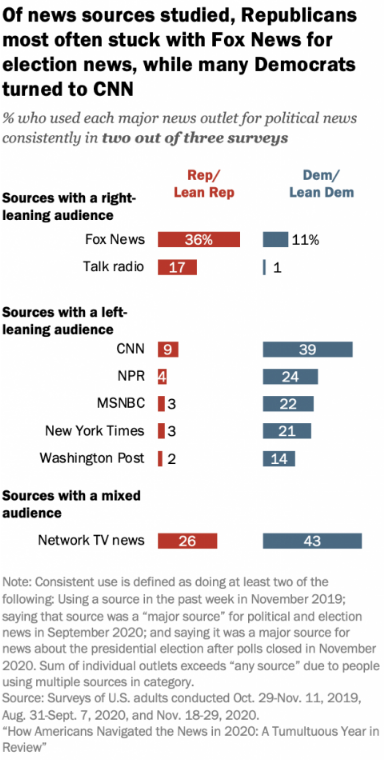 This concluding Pathways report highlights key findings in five areas of discovery. Among them: