Phoenix News Anchor Quits: 'I No Longer Want to Do This Job' 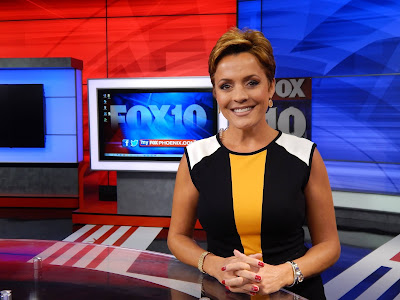 Lake, who has been involved with various controversies over the last few years, announced her departure in a video posted on Twitter early Tuesday morning. In the video, she says she didn’t like the way journalism has changed since she began working in news. She had been on leave for personal reasons and off the air since the beginning of January, she tweeted earlier in the year.

“The media needs more balance in coverage and a wider range of viewpoints represented in every newsroom at every level and at each position,” she says in the 2-and-a-half-minute video. “In the last few years I haven’t felt proud to be a member of the media. I’m sure there are other journalists out there who feel the same way.”

I am re-posting this as some of you are telling me the original post is not showing up. https://t.co/nTgh0dyCas

Lake also says in the video that she had problems with some of the stories she reported on the air.

“I found myself reading news copy that I didn’t believe was fully truthful, or only told part of the story, and I began to fear that I was contributing to the fear and division in this country by continuing on in this profession,” she says in the video. “It’s been a serious struggle for me and I no longer want to do this job anymore.”