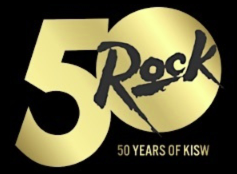 “I am extremely proud to elevate these two tremendous leaders who have already contributed much success to KISW and reward their hard work and dedication,” said Jack Hutchison, Senior Vice President of Entercom Seattle. “I have full trust in Ryan and Taryn’s ability to lead this iconic brand celebrating in its 50th year in Seattle and beyond.”

“I’d like to thank Dave [Richards], Jack and Pat [Paxton] for entrusting me with this legendary brand,” said Castle. “This radio station and this staff mean the absolute world to me and I’m stoked for the opportunity to continue the legacy of the Northwest’s most entertaining radio station.”

Castle had previously served as the station’s Assistant Brand Manager since joining Entercom in October 2003. In addition to this role, Castle will continue as Brand Manager for Portland sister station 92.3 KGON.

“Joining this team eight years ago was an absolute dream come true, and that dream continues with the incredible honor of growing my career at this legendary radio station,” said Daly.

Daly has hosted evenings on 99.9 KISW served as Assistant Music Director and the station’s Digital Captain since 2015. She also currently serves as the Social Media Director for the company’s entire Seattle portfolio. She joined Entercom Seattle in 2013 as a parttime fill-in and weekend host for 99.9 KISW.

Listeners can tune in to 99.9 KISW in Seattle on air, as well as nationwide on the RADIO.COM app and website. Fans can also connect with the station on social media via Twitter, Facebook, and Instagram.
Posted 3:46:00 AM