Tribune Publishing on Thursday reported fourth-quarter net income of $263,000, after reporting a loss in the same period a year earlier. 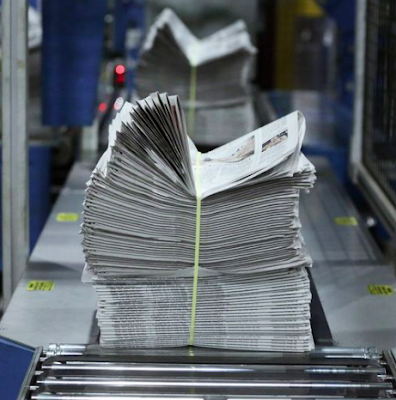 The Chicago-based company, publisher of the Chicago Tribune and other major newspapers, said it had net income of 1 cent per share. Losses, adjusted for restructuring gains and to account for discontinued operations, were 12 cents per share.

The media company posted revenue of $192.7 million in the period.

Tribune Publishing announced Feb. 16 that it has agreed to be acquired by Alden Global Capital and go private in a deal valued at $630 million. The deal, which the two companies said should close in the second quarter, requires the approval of two-thirds of shareholders not affiliated with Alden and must pass regulatory scrutiny.

For the current quarter ending in April, Tribune Publishing said it expects revenue in the range of $170 million to $172 million.

Who knew staying healthy could also save you cash? Watch this video and be like JoJo and get your flu shot and your groceries discount coupon today.

Tribune Publishing shares have increased 24% since the beginning of the year. In the final minutes of trading on Thursday, shares hit $16.95, an increase of 57% in the last 12 months.