30% Of All Audio Listening Now On Mobile Devices

Listening on a mobile device now accounts for 30% of all time spent listening to audio by those age 13+ in the U.S., an increase of 67% since 2014, according to the latest Share of Ear® report from Edison Research. Listening on a mobile device has been growing steadily since Edison Research’s Share of Ear study began tracking audio consumption among Americans in 2014.

The gap between listening on a traditional radio receiver and a mobile device among those age 13+ has narrowed remarkably quickly since 2014: 31 percentage points separated the two in 2014 and only five percentage points separate the two today. The traditional AM/FM radio receiver does account for the largest share of audio consumed but has decreased the most since the survey began, now accounting for 35% of all audio consumption compared to 49% in 2014. 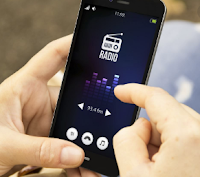 It is important to note that these statistics speak to device only, not the audio product that is delivered by the device. Mobile devices can deliver a wide range of audio products, including radio station programming.

“Mobile devices, particularly of course the phone, have been gaining on the traditional radio receiver as the primary listening device for as long as we have been measuring Share of Ear, but with the disruptions of the last year the gap has narrowed dramatically.” said Edison Research President Larry Rosin.  “As fewer people have a standard radio receiver in their homes these days, naturally more listening comes through digital devices.”

COVID-19 disruptions meant Americans spent more time consuming audio at home in 2020 and less time consuming audio in-car, the prime location for listening to a traditional AM/FM receiver, which could explain some of the change in the past year. Further data analysis in the coming year will be needed to see if these audio habits remain post-quarantine. 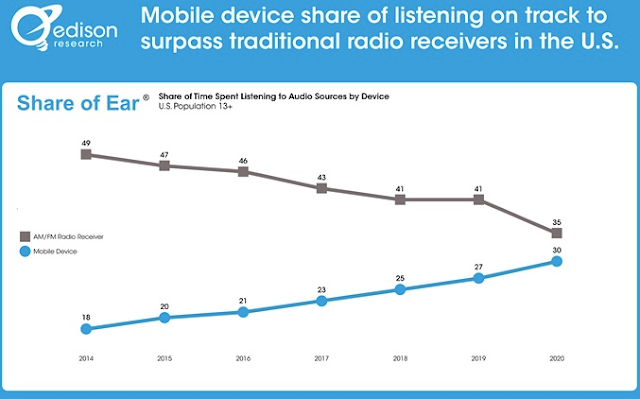 How the Share of Ear® study is conducted: Edison Research conducts a nationally representative study of Americans ages 13 and older to measure their time spent listening to audio sources. Respondents complete a 24-hour diary of their audio listening on an assigned day. Diaries are completed both online and by-mail using a paper diary. Diaries are offered in both English and Spanish. The Share of Ear study is released quarterly and is available on a subscription basis.