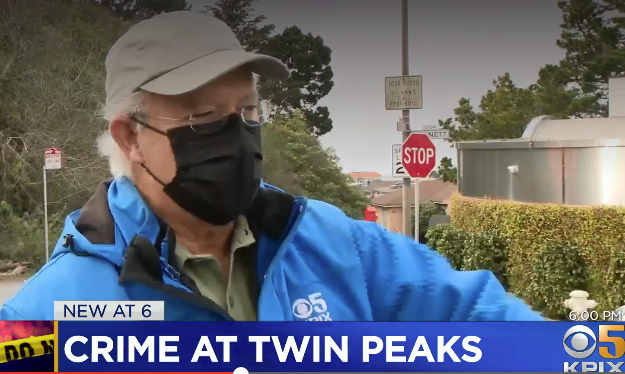 A KPIX 5 reporter investigating a series of auto break-ins around Twin Peaks in San Francisco was robbed of his camera at gunpoint Wednesday.

Residents who live near the city landmark say car break-ins have been commonplace in the neighborhood since the San Francisco Metropolitan Transportation Authority (SFMTA) closed the access road to the popular vista point to automobile traffic at the beginning of the pandemic.

On Wednesday afternoon, the smash-and-grabs turned into armed robbery. KPIX 5 reporter Don Ford was on the story Tuesday and again on Wednesday, and was preparing to interview nearby homeowners when a white luxury sedan with four men inside pulled up.

San Francisco police said the camera, which had a tracking chip, was recovered later Wednesday, but further details were not immediately available.