Westwood One Special To Be Hosted By Jon Pardi 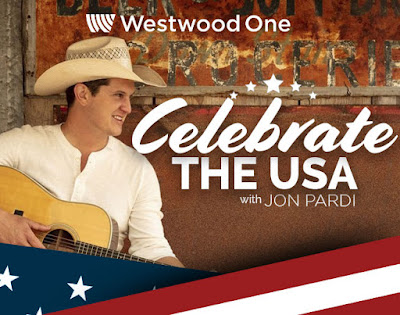 CUMULUS MEDIA’s Westwood One Nashville will air “Celebrate the USA,” their annual birthday party for America over the 4th of July weekend. CMA and ACM award winner Jon Pardi will host with some of his all-star friends including Luke Bryan, Florida Georgia Line, Kenny Chesney, Jason Aldean, Thomas Rhett, Carrie Underwood, among others, who will share their music and favorite 4th of July memories. The special will also include some of Jon’s biggest hits.

The four-hour-long special will be available for stations to air via XDS receiver or web download over the holiday weekend beginning Friday, July 3 through Sunday, July 5, any time between 6:00 a.m. and 12 midnight. For more information contact country@westwoodone.com.