U-S National Anthem Could Be Culural Mob's Next Target 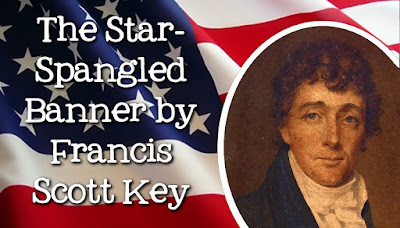 Yahoo music editor Lyndsey Parker argued in a column Wednesday that "it might be time to finally replace" "The Star-Spangled Banner" because of its "blatantly racist" connotations.

The Hill reports Parker cited historians and activists who pointed to the national anthem composer's ties to anti-abolitionists and an often-unheard third stanza about slaves.

Human-rights activist Kevin Powell told Yahoo that Francis Scott Key, a lawyer who prosecuted abolitionists, "did not believe in freedom for all people."

"And yet, we celebrate him with this national anthem, every time we sing it,” Powell said.

Parker drew attention to the third stanza that is not usually performed: “No refuge could save the hireling and slave/From the terror of flight or the gloom of the grave/And the star-spangled banner in triumph doth wave/O’er the land of the free and the home of the brave.”

The column comes amid nationwide protests against racial injustice after the death of George Floyd while in police custody.


This is indeed the national anthem we deserve. Because we are a fallen people and fall further from God's grace each day. We must be punished with this final indignity. pic.twitter.com/za0bus100Y
— Ben Shapiro (@benshapiro) June 25, 2020


Parker also points to a story from The Wall Street Journal in which an Afro-Latina student says she asked to sing “Lift Ev’ry Voice and Sing,” widely known as the Black national anthem, when she was picked to sing The Star-Spangled Banner during graduation. The school approved the change after strong support from the senior class, according to the Journal.


The column came under criticism from some commentators, including former Fox News and NBC anchor Megyn Kelly.
Posted 1:38:00 AM