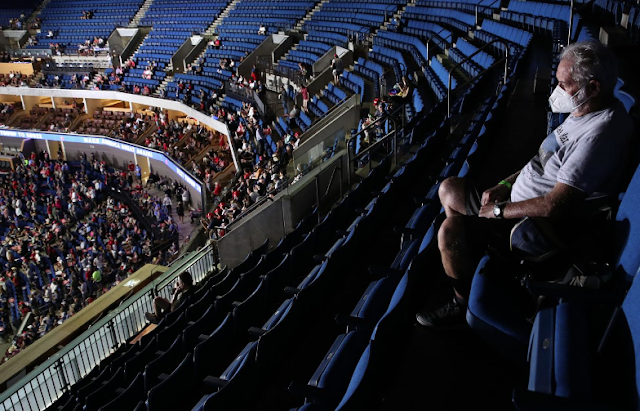 U.S. President Donald Trump’s campaign rally in Tulsa, Oklahoma, on Saturday hosted a fraction of the expected supporters. Some of the no-shows may have been teenagers who decided to RSVP with no intention of attending, Bloomberg News reports.

Over the past few days, people who oppose Trump organized efforts on social-media apps TikTok, Instagram and Twitter to sign up for the rally, sometimes with fake names or burner email accounts. The message spread among teens, especially fans of Korean pop music, who have pivoted their networks to political causes recently. Memes on video-sharing app TikTok showed teenagers dancing in front of screenshots of their Trump rally registrations. Many of the posts were set to the tune of the 1993 song “Macarena,” prompting others to repeat the gesture and causing the meme to go viral.

It’s impossible to know how many of the no-shows at the rally can be attributed to the viral effort. Trump boasted nearly 1 million signups, far beyond the capacity of the Bank of Oklahoma Center, which has 19,000 seats. The president was planning to address overflow crowds at a stage outside the arena, but there was no need. Only a few thousand people showed up -- an outcome the campaign attributed to “radical protesters, fueled by a week of apocalyptic media coverage,” according to a tweet by Brad Parscale, Trump’s campaign manager. 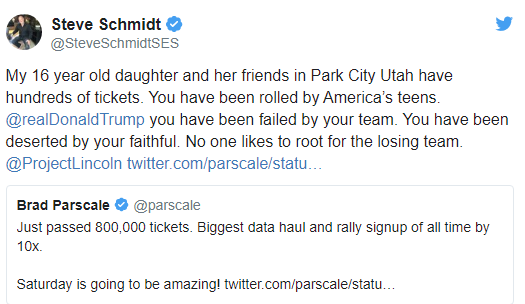 Elijah Daniel, a music artist under the name Lil Phag, started asking his followers on TikTok days ago to reserve tickets and spread the word. On Saturday he followed up on Twitter, asking how many had done so. Dozens responded saying they’d reserved a few tickets, with joke excuses for why they couldn’t go -- from walking their plants to feeding their rocks.

On Sunday, the Trump campaign issued the following statement.. 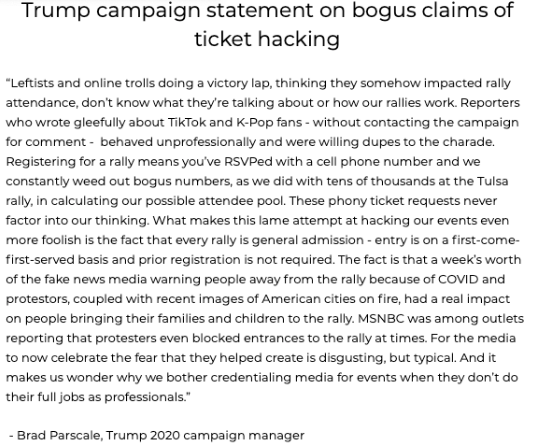