Pandemic Has Changed How We Listen To Podcasts 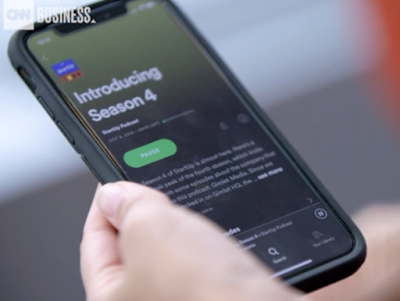 A year ago, Spotify made an expensive bet, shelling out hundreds of millions of dollars to get into the podcast business. For a company that was still unprofitable, losing more than $200 million that year, it was a bold move.

Then according to CNN Business,  the coronavirus pandemic struck, and podcasting consumption immediately changed. Spotify noticed drop-offs in listeners tuning in via their cars and wearable devices — probably because they were no longer commuting into work. Meanwhile, listening time around activities like cooking, doing chores and family time suddenly surged. There was also an uptick in podcasts related to wellness and meditation.

"It's clear from our data that morning routines have changed significantly," the company said in its first quarter earnings release. "Every day now looks like the weekend." 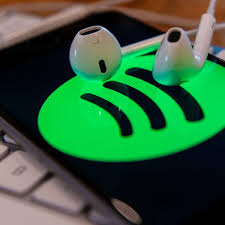 That sudden shift wasn't something the company had anticipated — and it could have been worrying, but Spotify's Chief Content and Advertising Business Officer Dawn Ostroff said the streaming service is getting even stronger in spite of the pandemic.

"I think once things return to normal and people wind up commuting again, the habits that they're forming now will stay with them," Ostroff said. "It just allows for even more time for them to consume podcasts in different times and different ways."

In an interview with CNN Business' Rachel Crane, Ostroff said Spotify users have been listening to podcasts later in the day than usual. They also are listening through more home devices such as televisions and gaming consoles.

Spotify made its commitment to podcasting known last year when it acquired podcast-creation app Anchor and production company Gimlet. In financial statements, the company acknowledged those purchases as a risk, saying there was no guarantee it could "generate sufficient revenue" to "offset the costs of acquiring" them. The company continued investing in podcasts in 2020, announcing in February that it was acquiring Bill Simmons' The Ringer, which owns dozens of podcasts.

Those pricey acquisitions are starting to pay off. About 19% of Spotify's monthly active users listen to podcasts, up from 16% last quarter, the company reported as part of its first quarter earnings in April. Spotify said it reaches 286 million monthly active users, which translates to about 54.3 million podcast listeners.

Apple has long been the dominant player in podcast consumption, but Spotify is rising in popularity among listeners.
Posted 1:49:00 AM