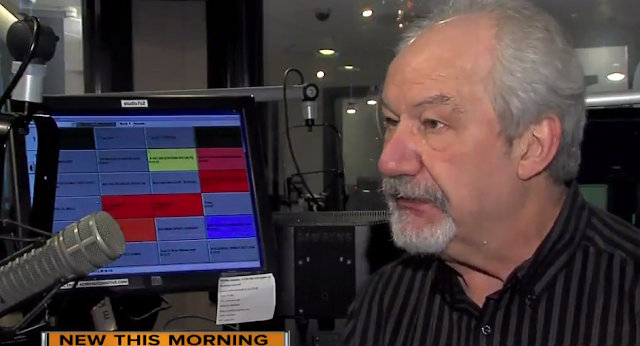 "First and foremost, Duke is a tremendous on air-talent, no ego, a wonderful coworkers and mosre importsantly a friend," says PD Grover Collins. "It cannont be understand the mark he left on the radio station and the many people that have come though our studios and worked with him."

Duke Hamilton began his radio career at KPCR in Bowling Green, KY. He quickly made the move to a warmer climate to work in the Panama Canal Zone on AFRTS radio. After brief stints at KKSS-FM (St. Louis) and KXLR (Little Rock), he joined WUBE-FM (Cincinnati) in 1977 as air personality and music director where he remains today as afternoon drive host. Duke has a special affection for the legends of Country Music whom he plays each Sunday morning as part of B-105's Classic Country Show. During his long tenure in the market, Duke has distinguished himself with service to many deserving causes in his community.

"Cincinnati is a great radio town," said Duke. "I could've moved on to bigger markets, but I loved it here too much to move. I've been very fortune to work for great management, and the fans have been absolutely the best. It's just the right time to hang up the headphones."

In his retirement, Duke plans to travel as well as catch up on all the chores awaiting him on the Falmouth farm he has owned with his wife, Barbara, since 1981.

"Duke is a true country gentleman," said Mike Fredrick, Vice President / Market Manager of Hubbard Cincinnati. "The longevity of his career is a true reflection of his character. I worked with Duke for almost two decades and never saw Duke have a bad day. The way he always treated his listeners and coworkers reflect the kindness and goodness in his heart. Enjoy your well-deserved retirement, Duke!"

"There has always been one phrase when I describe Duke to someone: God broke the mold when he made him," said Patti Marshall, Operations Manager of Hubbard Cincinnati. "I have never met anyone like him. His generous heart and spirit are on full display no matter who he is talking to."
Posted 2:16:00 AM