Newswhip.com has released its latest list of  the top publishers on Facebook for the month of May, with some publishers still seeing record engagement.

After two record breaking months in March and April, May seemed a comparative slowdown, though if you were to compare any of the numbers to any month before March of this year they would still be some of the biggest we’ve seen.

Newswhip used its API to gather these rankings, which you can read about on our developer hub. This analysis includes English-language content from publishers, ranked by Facebook likes, shares, and comments to their web content, ranked by domain. Additionally, these rankings do not include media natively uploaded to a Facebook Page, such as a Facebook video. 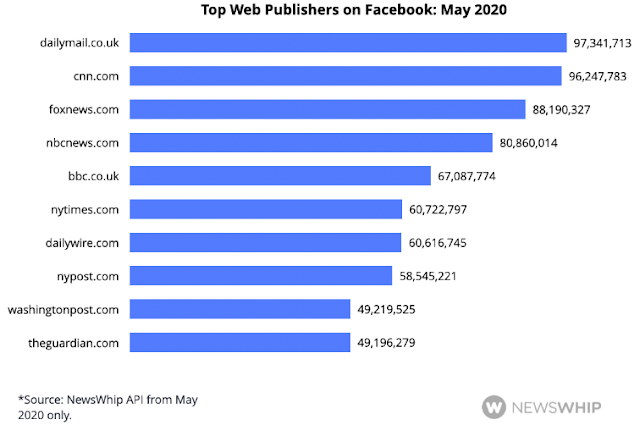 Here are some of the key takeaways:
In May, the top publishers had fallen away a little from the highs they saw in March and April, but the top publisher The Daily Mail still garnered almost 100 million engagements.

Mainstream publishers mostly made up the top ten with the likes of the BBC, the New York Times, and the Washington Post all featuring. The Daily Wire climbed four places from last month to take seventh spot, with 12 million more engagements than in April. 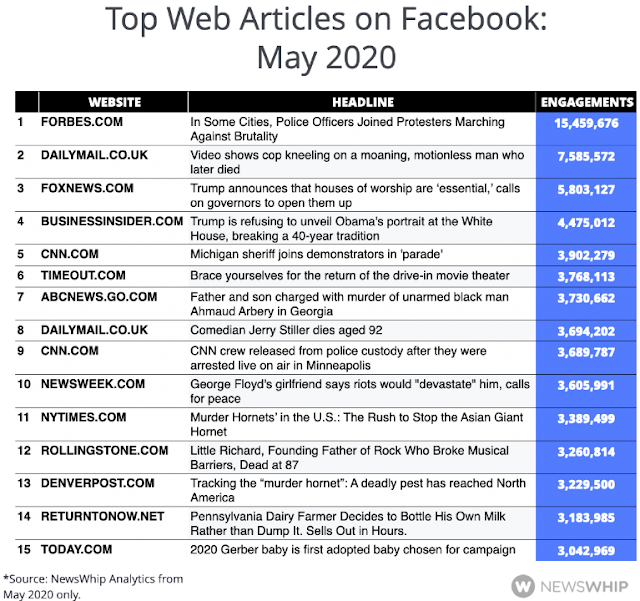 In terms of what drove engagement for the top publishers, there was a move away from the wall-to-wall coronavirus coverage that we have seen in previous months.
Posted 1:17:00 AM