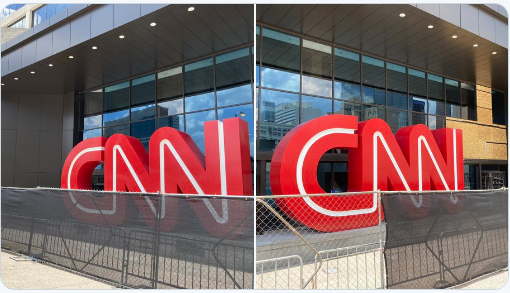 The CNN Center in Atlanta added some imposing metal fencing after their building was attacked during violent protests after the death of George Floyd in Minneapolis last month.

The NY Post reports photos of the new barriers were posted to Twitter Friday by Townhall reporter Julio Rosas.

On May 29, a storm of protesters descended on the building, smashing windows and cheering. They were given a boost a day later by rapper Killer Mike, who called out the network in a press conference.

“I’d like to say to CNN right now, karma’s a mother. Stop feeding fear and anger every day. Stop making people feel so fearful, give them hope,” he said.

President Trump also couldn’t resist a bit of mockery at the time, retweeting a post noting that “In an ironic twist of fate, CNN HQ is being attacked by the very riots they promoted as noble & just.”
Posted 1:17:00 AM