Union officials criticized the layoffs — and the announced trimming of more than a dozen employees’ work hours by half — because the cuts come amid a $40 million renovation of the broadcast complex on the San Diego State University campus.

In total three employees were laid off and 15 others saw their schedules cut by 50 percent, the union announced. The three laid-off workers are union members, as are eight of the others. The cuts take effect July 1. 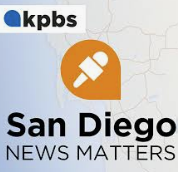 “We’ve been silent on this until now because we wanted to give KPBS time to reconsider,” said a union statement posted online Monday. “Our members expressed unanimous willingness to collaborate with management on alternatives, such as buyouts, pay cuts or a work-sharing program that would keep our colleagues gainfully employed during this crisis.”

KPBS, a nonprofit news radio station, website and television studio that relies heavily on subscriptions and cash donations, issued a statement saying the personnel decisions were regrettable but necessary.

General Manager Tom Karlo said in a statement that KPBS is not immune to what is happening to media organizations across the country.

“Even though our audience numbers are up across TV, radio and digital, we have experienced a drop in key revenue areas, including underwriting, membership and donor support,” he said. “We are hopeful that this will be a temporary change and that we will be able to weather the storm and bring back our staff to full-time.”

The KPBS statement said the company already shaved $800,000 in expenses this year and expects to report a six-figure loss this year.

Like many businesses across San Diego and the United States, KPBS has seen revenue from donations sink as mass unemployment has struck the region, state and country.

The workforce contraction also comes after KPBS reported its most successful fund-raising year.