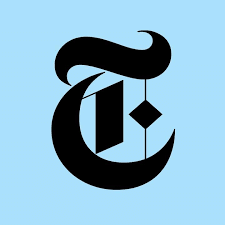 The New York Times has laid off 68 people, mostly on its advertising team, the company said in an internal memo to employees Tuesday, obtained by Axios. There were no layoffs in the company's newsroom or opinion sections.

Most of the staff eliminations come from The Times' ad sales team, as well as from its experiential marketing agency Fake Love, which the company previously announced it was closing after its acquisition in 2016, according to a note to staff from Times CEO Mark Thompson and COO Meredith Levien that went out late Tuesday.

According to the memo, the company has created a special package to support departing employees that includes a minimum of 16 weeks of severance and medical benefits, a $6,000 payment to help with job transition costs, such as a new laptop or COBRA expenses, and six months of outplacement services.

In the memo, Thompson and Levien concede that while the cuts are driven by the pandemic, they also "reflect long-term trends in our business and are fully consistent with the company’s strategy."

The Times in recent years has transitioned most of its revenue from corporate advertising to consumer subscriptions. The company said during its first quarter earnings report in May that it saw more than a half-million new subscribers — roughly double the amount of net new subscriptions that it typically sees in any given quarter. But it also conceded that despite the fact that more people are hungry for news, the company expected to bring in less ad revenue this quarter due to the pandemic.
Posted 2:18:00 AM