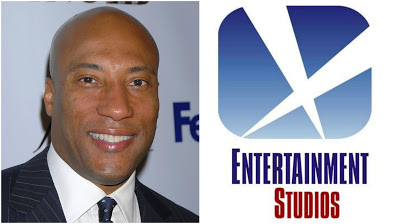 The U.S. Supreme Court sided with Comcast in a high-stakes civil rights case Monday, ruling that media mogul Byron Allen must show race was the determining reason that the company refused to carry his channels in order for his discrimination case to survive, The Philadelphia Inquirer reports.

In a unanimous decision, the high court ruled that a lower court used the wrong legal standard in allowing Allen’s $20 billion racial discrimination lawsuit to proceed. The Supreme Court sent the case back to the Court of Appeals for the Ninth Circuit in California for reconsideration.

Allen, an African American entertainment executive, says the Philadelphia cable giant racially discriminated against him when it refused to carry his cable-TV channels on its systems. Comcast says race had nothing to do with rejecting Allen’s channels, noting that they had low ratings.

The high court did not weigh the merits of Allen’s allegations. At issue was whether a person filing a racial-discrimination lawsuit must allege that race was the determining reason a contract decision was made, or if a person can merely allege that race was one “motivating factor” for a case to proceed.

“To prevail, a plaintiff must initially plead and ultimately prove that, but for race, it would not have suffered the loss of a legally protected right,” Justice Neil Gorsuch wrote on behalf of the court, in an opinion released Monday morning.

“We are pleased the Supreme Court unanimously restored certainty on the standard to bring and prove civil rights claims," Comcast said in a statement. “The well-established framework that has protected civil rights for decades continues. The nation’s civil rights laws have not changed with this ruling; they remain the same as before the case was filed.”

He filed his $20 billion suit under Section 1981 of the Civil Rights Act of 1866, a Reconstruction-era law that prohibits discrimination against African Americans in business contracts. Specifically, the law ensures that everyone in the United States have the “same right” to make and enforce contracts.

Legal experts said a Comcast victory could make it harder to bring racial discrimination cases by establishing a high bar for such cases to proceed.
Posted 1:34:00 PM