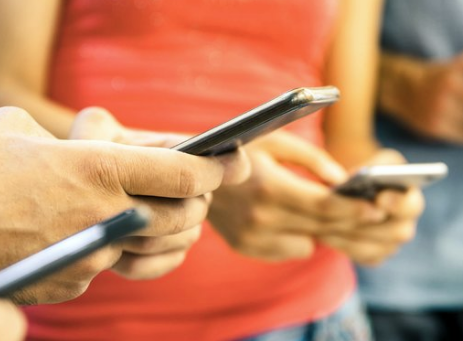 The coronavirus has become all Americans talking about. “Shelter-in-place,” “isolation” and “social distancing” have become part of the daily vocabulary, along with “containment zones,” “lockdown” and “flattening the curve,” the latter often accompanied by visual hand cues. So, it’s no surprise to learn that virus worries have transformed a growing number of Americans into news fanatics. 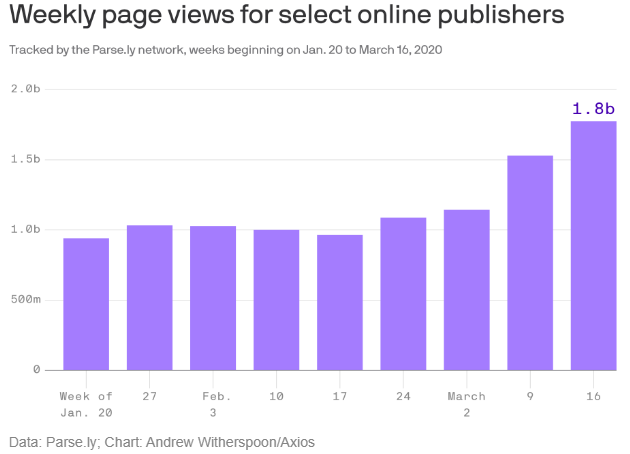 During March 16-20, page views of news articles were 30 percent higher compared to the same time last year, according to news traffic data company Parse.ly. On some days last week, article views were 50 percent higher compared to the previous week. Parse.ly monitors content performance for more than 3,000 high-traffic sites, including the Wall Street Journal, Bloomberg, NBC, Conde Nast, Slate and TechCrunch, according to Rick Griffin at timesofsandiego.com.

In addition, an Ipsos national survey of 1,027 people, ages 18 and over, conducted March 13-15, confirmed that media consumption is increasing. One-third of respondents said they are consuming more news online and on TV.

The Ipsos survey, commissioned by radio company Cumulus Media-Westwood One, found that one in five heavy AM-FM radio listeners, defined as those who listen more than five hours a week, admit they have listened more to broadcast radio to keep informed about the virus outbreak.

The survey also discovered that 55 percent of people who normally use public transportation to commute to work will use it less and probably drive their own car or truck to leave home to go to work. “This is important for the radio industry since a majority of radio listening occurs in the car,” the Ipsos survey concluded.
Posted 2:04:00 AM