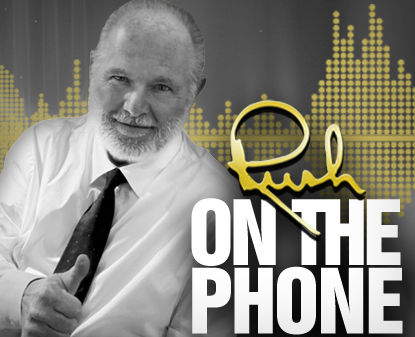 Rush Limbaugh shared an update on his health with his radio listeners on Friday as he is battling stage 4 lung cancer: "The chemo drugs are working."

The Blaze reports Limbaugh, who took several days off from his show, assured his audience, "I'm fine. I'm sitting here at my official home library desk, and I am fine."

"El Rushbo," as he is popularly called, explained to his listeners that the lung cancer he has involved a rate mutation of a gene that occurs only in 1% to 5% of cancer patients.

"Now," he said, "ordinarily that would be very bad news because it would be something that maybe there's no medicine for or that there's no targeted treatment for."

However, Limbaugh said the rate mutation is a blessing in disguise.

"It turns out it was good news because there is a clinical trial of a combination of chemo drugs that has been very successful in attacking this particular gene mutation in melanoma cancers," he said.

The chemotherapy drugs Limbaugh is taking is part of a promising stage 2 clinical trial to treat the specific kind of lung cancer mutation he has.

"America's Anchorman" noted that although the four weeks of the therapy went "great," he had to stop the treatment because of the medication's painful side effects:

Although Limbaugh said he now feels better, he said he spent several days with fevers ranging 102 to 103 degrees and unbearable pain in his legs.

"I've currently suspended the treatment and we're looking at alternatives, and there are plenty of those," he said. "But I've gotta get the swelling down and get this pain taking care of."