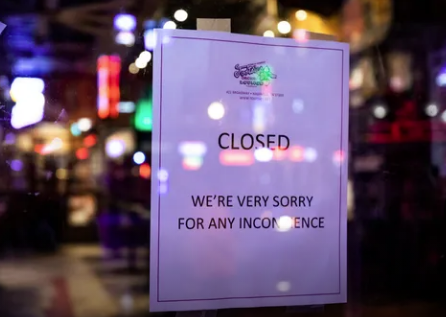 The owner of one of the world's largest hotels, Nashville's Gaylord Opryland Resort & Convention Center, halted all U.S. hospitality operations into April and projects an initial $226 million loss from the COVID-19 pandemic.

The Tennessean reports Nashville-based Ryman Hospitality Properties CEO Colin Reed told investors Thursday that only 5% of hotel workers remain on the job after temporary leaves and furloughs to cut expenses.

"As the situation continues to evolve rapidly, there is much uncertainty about the future and confusion about the present," Reed said. "We're pursuing a similar game plan as in prior crises, such as 9/11. But this crisis is very different from what we've faced in the past."

Nashville hotel bookings nose-dived from historic highs to almost nonexistent following coronavirus precautions. This year was poised to be one of Ryman's strongest ever for hotels.

Now, more than 10,000 hotel rooms are shut down at Ryman's five resorts and convention centers and at its other smaller properties, including more than 3,000 Nashville rooms.

The hotels are operated and staffed by Marriott, which has issued widespread furloughs. Ryman's hospitality employees are currently being paid through Apr. 12, and that may be extended in order to have staff ready when the properties reopen.

Ten other Nashville hotels closed in an unprecedented halt to tourism business exacerbated by the lack of knowledge about when the virus will stop its rapid spread.

Most hotels in the city have closed portions of their facilities.

Music City Center convention complex downtown is running with a skeleton staff after about 250 employees were sent home to adhere to social-distancing requirements. They are still being paid, thanks to the center's healthy savings account.
Posted 3:58:00 AM