Comcast Corp. said it expects the COVID-19 crisis to have a "material adverse impact" on its operations as the response has resulted in the company shutting down its theme parks, delaying film releases, suspending productions and facing a now officially postponed Olympic games, reports the Philadelphia Business Journal.

In a filing with the U.S. Securities and Exchange Commission Tuesday, the Philadelphia-based media giant said its film and theme park operations, which fall under its NBCUniversal division, aren't the only part of its business that will suffer. 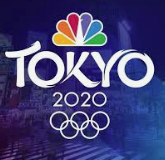 The effects of the COVID-19 disease, caused by the novel coronavirus, and governments' responses to attempt to mitigate the spread of the virus "materially exacerbate" issues that Sky, the European satellite giant Comcast acquired in fall 2018, was already facing. Comcast said Sky already was dealing with a "deteriorating economic environment and advertising market in the U.K. and Europe in 2019."

The company said it's "impossible to predict" what the end result will be on its overall business, including demand for advertising. Comcast said it expects the impact will depend on how severe "the extent of governmental measures affecting day to day life" become and how long they're in effect.

Japan's prime minister and the International Olympic Committee formally postponed the 2020 Olympic Games on Tuesday, saying they will be held in 2021. Comcast has already sold a record-breaking $1.25 billion in advertising against NBCU's thousands of hours of Olympic coverage. Speaking at an investor conference earlier in March, before the COVID-19 response reached its current level, Comcast CEO Brian Roberts said the company has built potential disruptions into its contracts and has insurance for any of its expenses.

“So there should be no losses should there not be an Olympics, just wouldn’t be a profit this year,” he said.
Posted 10:47:00 AM