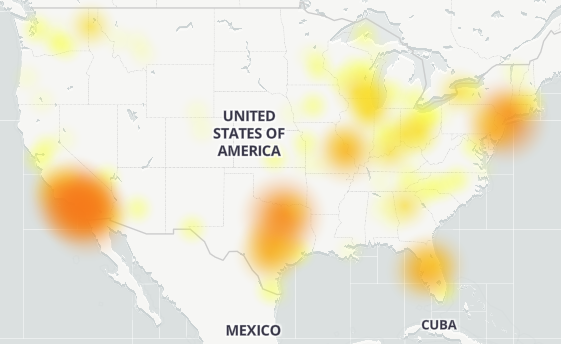 Cable provider Spectrum confirmed that it had outage issues in Los Angeles, but the issue is now fixed, USAToday reports.

"The service has been fully restored in the Los Angeles area," the company said on Twitter. "Thank you for your patience."

With so many workers sent home to work, there's been concerns about the internet "breaking" with so much extra usage. In Europe, both Netflix and Amazon agreed to stop streaming movies in 4K high-definition to use lower bandwidth.

However, Spectrum's issues Sunday were related to television service, not internet.

Spectrum was also reported to suffer outage issues in Los Angeles last week, due to a fire that gutted some of its wires.
Posted 1:10:00 AM