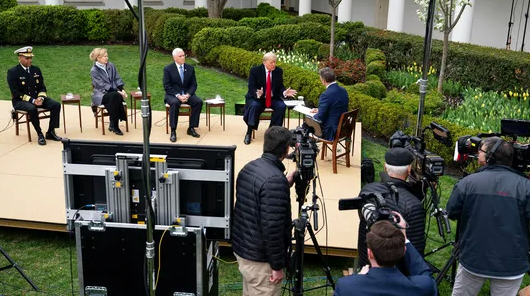 President Trump's virtual town hall hosted by Fox News on Tuesday set a record as the most-watched town hall in cable news history with an average of 4.4 million viewers, the network announced Wednesday.

The Hill reports Trump and members of the White House coronavirus task force sat in the Rose Garden for the two-hour town hall, which began at noon and was moderated by Fox's Harris Faulkner and Bill Hemmer.

The president said during the event that he hopes to have the country back open for business by Easter, an aggressive timetable that runs counter to health experts' recommendations for mitigating the spread of the coronavirus. 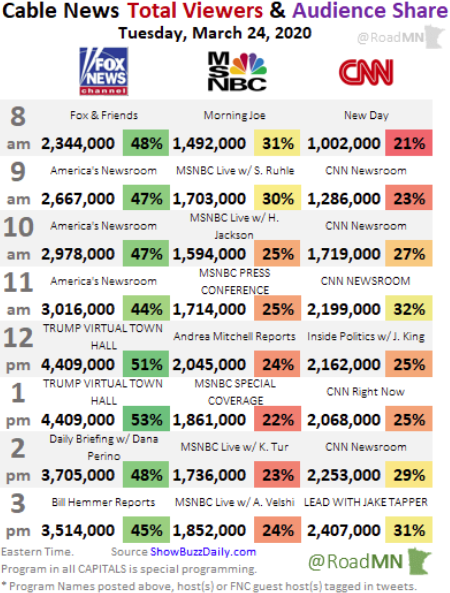 The 4.4 million who watched on Tuesday beat a record set just earlier this month, also by Trump and Fox News. The president's March 5 town hall on the network was the then-highest rated in cable news history, reportedly hitting 4.2 million viewers at its peak.

Fox News later saw an average of 4.7 million viewers during primetime coverage on Tuesday, it said, beating out MSNBC's 3 million and CNN's 2.3 million.
Posted 1:55:00 AM